Divided into two parts, the novel introduces several characters, all uniquely damaged, trying to make their way through the world 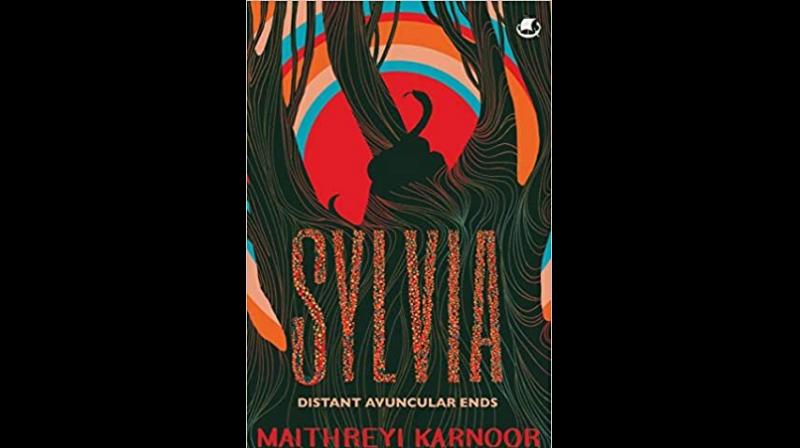 Reading these stories feels like viewing a series of unrelated Polaroid photos: just as one visual starts to come into focus, the next photograph is presented, still not fully developed. — By arrangement

Maithreyi Karnoor is unafraid of tragedy. From the opening pages of her debut novel Sylvia: Distant Avuncular Ends, the reader is confronted with accidents, deaths, estrangement and amputations. Yet, Karnoor’s style is light. Life is tough, she seems to be saying underneath a parade of plotlines, but don’t try to make sense of it all; that would only produce a fantastical, cyclical, run-on story.

Sylvia is Karnoor’s illustration of this philosophy. Divided into two parts, the novel introduces several characters, all uniquely damaged, trying to make their way through the world. Together, they take on the shape of a strange, multi-headed beast.

Part I is a novella about a man who moves to Goa after having grown up in Tanzania and the UK. Ethnically Goan, he has returned to his ancestral soil as a foreigner. It is only when he finds a baobab tree in a village in south Goa does he feel comfortable enough to buy a house nearby. Incidentally, he becomes known in the village as “Bhaubaab,” a fellow Goan brother “bhau” and an elder, “baab”. (Baobab and bhaubaab; this is just one example of Karnoor’s experiments with wordplay throughout the book.)

Bhaubaab and his neighbour Lakshmi become friends. Bhaubaab also ends up hosting his niece, Sylvia, in his new home. She is the daughter of his long-estranged brother, and a total stranger to him. Karnoor’s narration shifts easily between Bhaubaab, Lakshmi and Sylvia, and each one is honest about their troubles. The resulting novella is equal parts haunting and hopeful, funny and fatal, nostalgic and forward-looking. The final scene is wrenching, but sweet, too. In this way, the sixty-odd pages fly by.

Part II is double the length of Part I, but sliced into shorter chapters. Tragedy persists like a sunrise: routine, but vivid enough to make you stop and stare. A mother commits suicide after having her baby; a hapless girl is possessed by a mutton-devouring spirit; another is assaulted by a truck driver; another writes apologetic poetry about her abusive husband. One of these is Sylvia, but Karnoor does not make it obvious. Unlike Part I, Sylvia’s life advances haphazardly in this section, always amidst a crowd of characters who are tangentially connected to her. In fact, readers meet Bhaubaab only fleetingly in Part II, and Lakshmi never again. The result is a mosaic, colorful but cluttered.

While the shorter chapters delve into a range of character psyches, it’s not clear why Part II has been arranged this way. Reading these stories feels like viewing a series of unrelated Polaroid photos: just as one visual starts to come into focus, the next photograph is presented, still not fully developed. The brief references to Sylvia make the reader feel like we should be keeping track of all the connections that Karnoor is setting up, which becomes distracting. Will they help us understand the novel better? Is there a twist lying in wait, like the snake in Bhaubaab’s shed? Karnoor doesn’t provide any answers directly, but all of her characters allude to a life that is unfortunate and unknown. In the words of one character, trying to describe his wife’s state of mind “is just a way of putting labels on things that cannot be known – as paying obeisance to the end of human knowledge: defining from the outside the dark, mysterious spaces of human minds that cannot be breached” (161).

But Sylvia is entrenched in a physical world, and not just a psychic one. The Goan settler subculture she describes is real and authentic; her WhatsApp group scenes are witty; and her urban-turned-farmer characters are appropriately fly-and-sweat-riddled. These vignettes almost compensate for Sylvia lurking in the shadows of the second half of the book. Almost, because Karnoor has the talent to have retained her onstage to narrate this fantastical, cyclical, run-on story.