The exchange had a net profit of Rs 43.70 crore in first quarter of last fiscal, BSE said. 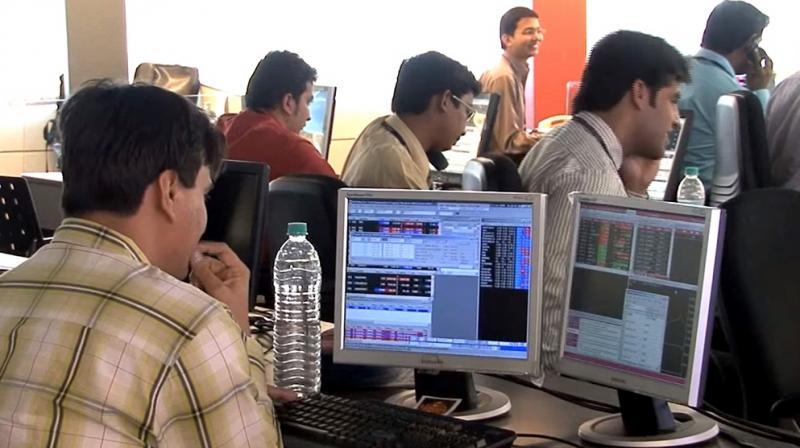 A broker during a session at the BSE.

New Delhi: BSE, Asia's oldest stock exchange, today reported a 12-fold jump in net profit to Rs 523.70 crore for the June quarter of the current financial year. In comparison, the exchange had a net profit of Rs 43.70 crore in the first quarter of last fiscal, 2016-17, BSE said in a statement.

"The d vestment has resulted in a loss of control and therefore the profit on sale of the investment in the subsidiary amounting to Rs 451.18 crore has been credited to the consolidated financial results during the quarter ended June 30, 2017," BSE said.

In October 2016, BSE had partially sold its stake in the subsidiary, which did not result in a "loss of control and hence the profit on the divestment amounting to Rs 10.57 crore was credited to retained earnings under the head other equity during the year ended March 31, 2017. The said profit of Rs 10.57 crore is now credited to the consolidated financial results during quarter ended June 30, 2017".

BSE Managing Director and CEO Ashishkumar Chauhan said: "It is heartening to note that quite a few initiatives seeded in earlier years are showing good growth and potential for increasing stakeholder valuation."

He added: "Our international exchange continues to get attraction from investors... As a strategy, BSE strives to obtain leadership position in newer opportunities while consolidating and improving its market share in areas where it is at a competitive disadvantage."

The BSE chief further said that the exchange aims to grow both organically and inorganically. The exchange said its average daily turnover of equity cash segment climbed by 51 per cent from the year-ago period to Rs 4,133 crore in April-June quarter period of 2017-18, while the same for currency derivative grew 15 per cent to Rs 18,147 crore.

The exchange witnessed 155 per cent growth in the average monthly number of order processed in mutual fund segment to 9.2 lakh orders during the period under review from 3.6 Lakh in the first quarter of the preceding fiscal.