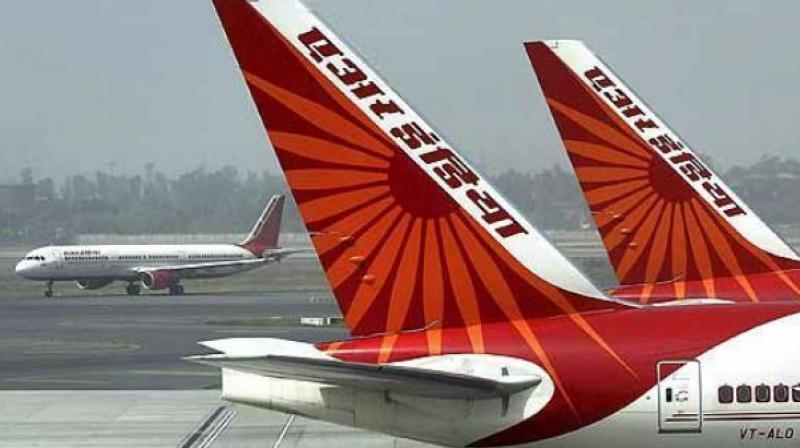 New Delhi: Finance Minister Arun Jaitley today made a strong case for sale of Air India as he asked how fair it was to use Rs 55,000-60,000 crore of tax payers' money on the national carrier for having just 14 per cent market share.

Stating that the government should have exited Air India 15 years back, the finance minister said he personally concurred with the Niti Aayog's view of privatising the debt- laden carrier, but the government will take a call on the issue.

He said civil aviation is turning into a good success story in India, with a lot of private sector players running "very efficient airlines". Also, airports in the country are better than most in the world. Besides, there are more airports in India with the regional connectivity.

"Therefore, how fair is it for government to occupy 14 per cent of the market share and then say some Rs 55,000- 60,000 crore of tax payer's money must get into this whole process," he told CNBC TV18.

Air India has piled over Rs 50,000 crore of debt mainly because of high maintenance cost and lease rent. It barely made any operational profit in last decade except in FY16.

"I think, therefore, sooner the government exits (better it would be). Ideally it should have exited decade and a half ago but that hasn't happened," Jaitley said.

The finance minister said he saw a great future for the aviation sector."We have 500-600 aircrafts today. China has 5,000 aircrafts flying. Therefore, over the next 10 years we are going to have huge number of aircraft capacity being added.

"Therefore, in addition to the existing players if private sector players come, participate in Air India's proposed privatisation scheme, I think it will add to competition and add to quality," he said.

He, however, added that the pace and the manner in which privatisation is to be done would be decided by the civil aviation ministry. Asked if he was confident of finding buyers considering the high debt Air India has, Jaitley said the debt had multiple components, including assets like aircrafts.

Also, the carrier operates on lucrative routes and has a "lot of immovable properties"."Let us see what the civil aviation ministry decides and the government will then take a collective view," he said.

Refusing to comment on his last week's meeting with Civil Aviation Minister Ashok Gajapathi Raju, where Principal Secretary to the Prime Minister Nripendra Mishra was also present, he said the meeting was to "really to assess what is the level of immovable property Air India has".