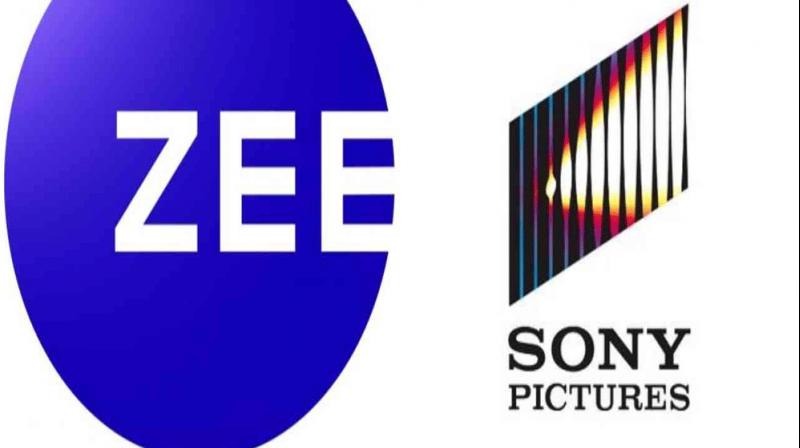 As per the deal, the shareholders of SPNI will hold majority stake in the merged entity.

New Delhi: Zee Entertainment and Sony Pictures on Wednesday said they have received in-principle approval for a merger that will combine both companies' linear networks, digital assets, production operations and program libraries.

The combined company is expected to benefit all stakeholders given strong synergies between ZEEL and SPNI, said SPNI.

As per the deal, the shareholders of SPNI will hold majority stake in the merged entity.

This exclusive, non-binding pact to combine both companies' assets will enhance the combined company's digital platforms across technology and content, ability to bid for broadcasting rights in the fast-growing sports landscape and pursue other growth opportunities, said SPNI.

Further, Sony Pictures Entertainment, the parent company of SPNI, would invest growth capital so that SPNI has a cash balance of approximately USD 1.575 billion, SPNI said in a statement.

According to ZEEL, basis the existing estimated equity values of Zee Entertainment Enterprises Ltd (ZEEL) and SPNI, the indicative merger ratio would have been 61.25 per cent in favour of ZEEL.

It also added that Zee Entertainment Managing Director and Chief Executive Officer Punit Goenka, who is facing pressure from two largest shareholders of the company - Invesco and OFI Global China Fund LLC - to quit the post, would lead the merged entity.

Last week, the two investment firms - which together hold 17.88 per cent of the paid-up share capital of the company that carries the right of voting  had called an extraordinary general meeting of shareholders seeking to remove Goenka from the position.

The combined company's board of directors would include directors nominated by Sony Group and result in Sony Group having the right to nominate the majority of the board members, said SPN statement.