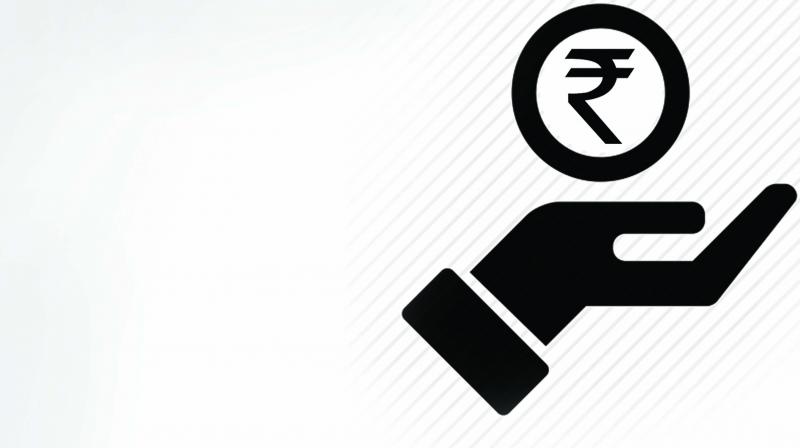 Mumbai: Extending its fall for the seventh consecutive session, the rupee breached the 72 level mark on Thursday as expectation regarding further fall in the local currency triggered heavy demand for the dollar. After touching an all-time low of 72.11 a dollar, the rupee finally closed the day at 71.99 a dollar, down 0.32 per cent from its Wednesday’s close of 71.76.

With fear about an escalation in trade wars, soaring oil prices and higher interest rate in US forcing investors to shy away from emerging market assets, experts believes the worst is not yet over for rupee.

A report, authored by Soumya Kanti Ghosh, group chief economic advisor at SBI, said that the 13 per cent fall in the rupee since the beginning of 2018 and 7 per cent depreciation since June when RBI started hiking interest rates is largely in consonance with the dollar strengthening against major currencies. “The rupee could not have been immune to such and hence the current depreciation was long overdue and trends in non deliverable forward market (rupee at 75 and implied one year yield at 7.7 per cent) suggest the pain might not be just over yet,” he said.

According to Mr Ghosh, the cost of rupee depreciation could add up to 0.7 per cent of GDP and the continued slide in value could also result in rate action by RBI in October.

“India’s short term debt obligations at $218 billion due on December 2018 if rolled over could add a significant cost on the government. Second, oil import bill could go up manifold. Third, with yields increasing, this could add up government fiscal costs too. On all these counts the costs could add up to 0.7 per cent of GDP,” he added.