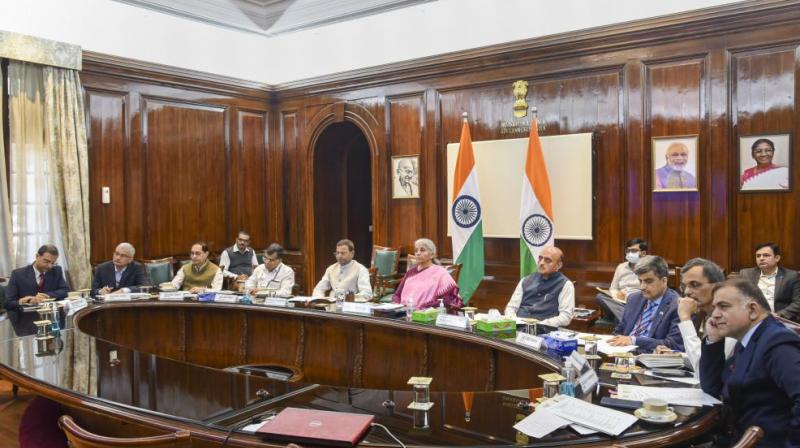 NEW DELHI: Amidst the global uncertainty on economy, India Inc asked the government to focus on key issues such as job creation, rationalisation of the Goods and Services Tax (GST), personal income tax slabs, investment, privatisation of public sector units and increasing allocation to capital expenditure among others, in its pre-Budget consultation with finance minister Nirmala Sitharaman on Monday.

Ahead of the 2023-24 Budget, the finance minister chaired the first pre-Budget consultation meeting with industry representatives and infrastructure and climate -change experts on Monday.

More meetings are scheduled this week with experts and representatives from other sectors like agriculture and agro-processing industry, financial sector and capital markets, services and trade, the social sector, trade unions and labour organisations, and economists.

Leading industry body Confederation of Indian Industry (CII) demanded that the government lower I-T rates to help revive consumption demand. "…the government should contemplate a reduction in the rates of personal income tax in its next push for reform as this would increase disposable incomes and revive the demand cycle," CII president Sanjiv Bajaj said.

In addition, the CII also told the government that lowering the maximum 28 per cent GST rate on certain consumer durables would boost consumption demand, generate greater rural employment by expediting infrastructure projects in those areas.

"The external scenario is likely to continue to be unfavourable for some time. Hence, we must broad-base our domestic economy by creating new sectors of growth and driving employment generation to boost domestic demand, inclusion, and growth," Bajaj said.

To boost job creation, the CII suggested that an employment linked incentive scheme be introduced and the government could consider an urban employment guarantee scheme and initiate a pilot in metro cities first.