Salman Khan and Shah Rukh Khan have always made headlines either for their constant love or fights. 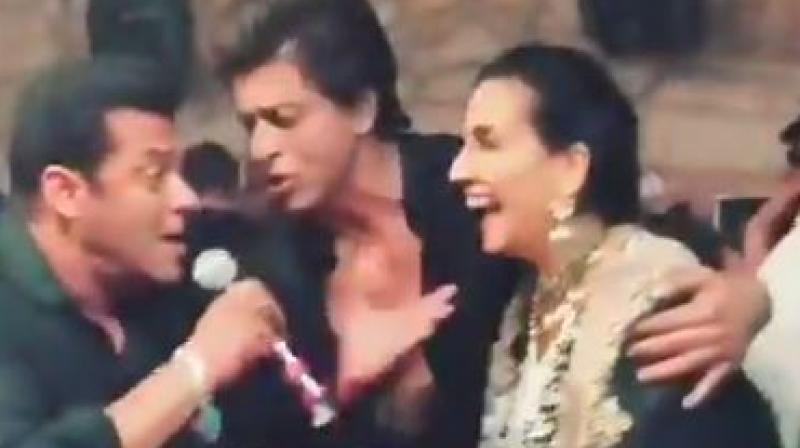 Friends-turned-foes-turned-friends Salman Khan and Shah Rukh Khan have always made headlines either for their constant love or fights.

After their patch-up at Arpita Khan Sharma’s wedding and the viral photo, the two have often come together to promote one another’s movies or even otherwise.

Last year, Shah Rukh had made entry on Salman Khan’s ‘Bigg Boss 11’ to promote his movie ‘Raees’, while Badshah returned the favour by doing a cameo in Bhaijaan’s ‘Tubelight’.

Similarly, SRK once again landed on Salman’s show ‘Dus Ka Dum’, most probably to promote ‘Zero’, but his entry was quite hatke.

Coming on a vegetable cart pushed by Salman with the background of ‘Yeh Bandhan Toh’, they gave us major ‘Karan Arjun’ throwback.

Both of them managed to do so even recently at Sonam Kapoor Ahuja’s grand wedding, singing the song for her mother Sunita Kapoor.