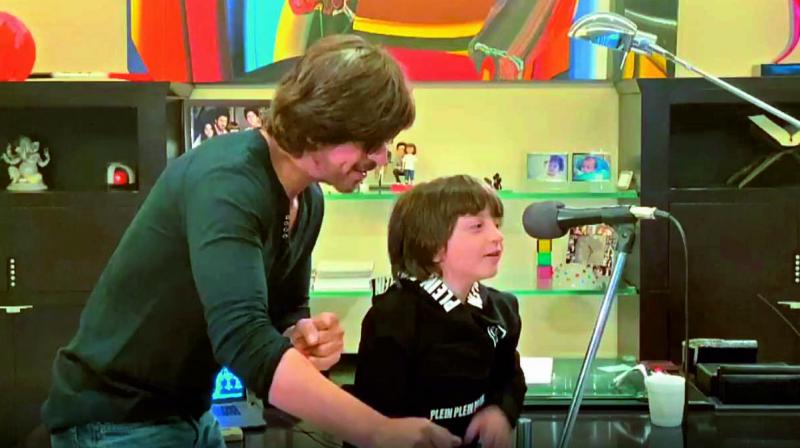 AbRam made an appearance midway through Khan’s song and the duo together put up an adorable dance.

The recent ‘I for India’ concert not only saw the who’s who of Bollywood chipping in but some international names as well. However, Shah Rukh Khan undoubtedly stole the show with his son AbRam.

Khan assured the world Sab Sahi Ho Jayega (everything will be okay) with a song by the same name. Composed by rapper Badshah and penned by lyricist Sainee Raj, the song talks about being locked up at home and of hope that things will get back to normalcy sooner or later.

“Everybody who knows me knows that I cannot sing to save my life. So thank you for taking a chance on me, everybody. But that’s what life is about — it’s about good chances, hope, kindness and compassion; that’s what we are here to do on this platform — to share love and compassion in whatever way we can,” said the actor before singing.

AbRam made an appearance midway through Khan’s song and the duo together put up an adorable dance. Towards the end, when the actor says that he could go for one more, AbRam hilariously says, “Papa, enough now.”
Since the song came out, Twitter hasn’t stopped talking about AbRam shaking a leg with his father and sitting on his lap mid-song.