Anil Kapoor to play Salman's father in Race 3; role was earlier refused by Big B

After his daughter Sonam Kapoor played Salman Khan's lover in a film, Anil Kapoor will play his father. 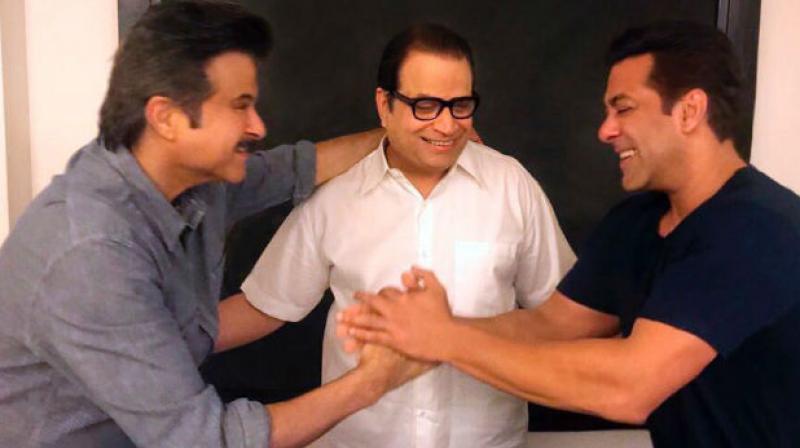 Mumbai: After Jackie Shroff played a father to Akshay Kumar and Aamir Khan recently, it seems now Anil Kapoor is also set to do the same with a 50-plus superstar.

Anil won’t be reprising his role of a cop, who brought comic relief in the first two instalments of the franchise, according to a report in Mid-day.

"Anil is the head of the family that Salman is a part of. He plays a pivotal character in the film," a source told the tabloid.

Reports of Amitabh Bachchan turning down the film had surfaced before, and it seems that’s the role Anil has taken up.

"After mulling over it for a while, Big B turned it down. Anil too had reservations when he was offered the project. But this week, he finally relented," the source said.

Salman has worked with Anil, who is nine years elder to him, in multiple films together like ‘Biwi No 1’ and ‘No Entry’ and his good rapport played a major role in getting him on board.

"While Salman goaded him into coming on board, Anil was also offered a handsome remuneration for the film," the source further added.

Meanwhile, Anil Kapoor will be a part of a double clash on Eid next year, as he also stars in ‘Fanne Khan’ starring Aishwarya Rai Bachchan and Rajkummar Rao.

On one hand, he has a meatier part in ‘Fanne Khan’, while 'Race 3' is undoubtedly a bigger film, and Anil would there's no conflict for him when the projects gear up for release.