Varun’s bonhomie with his co-stars is often seen when he works on film projects and goes for events with them. 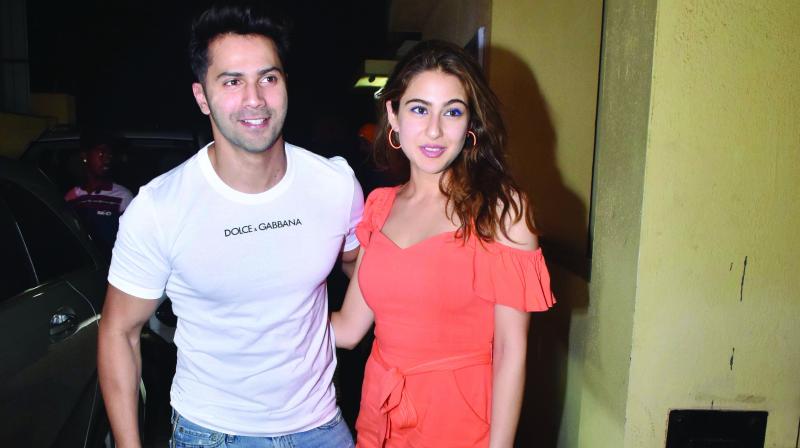 The starts of the upcoming film Coolie No 1, Varun Dhawan and Sara Ali Khan made their first public appearance together when they went to a special screening of Student Of The Year 2.

Varun’s bonhomie with his co-stars is often seen when he works on film projects and goes for events with them. The Judwaa 2 actor has done this earlier as well, when he was seen with Alia Bhatt during Badrinath Ki Dulhaniya and Kalank. Varun also accompanied Taapsee Pannu for various events when both were working together in Judwaa 2. “They came in together and posed for pictures for the shutterbugs and then, Varun quickly escorted her inside the theatre before a group of selfie seeking fans could mob them. Sara later came out after the film and chatted briefly with fans and then sat in her car and vamoosed,” says an eyewitness.

In the melee that ensued, Sara missed Sohail Khan who was standing right behind her, also waiting for his car to arrive.
— Sanskriti Media