A National Award winner, four-time Filmfare award winner, Mother Teresa award-winner, Anuradha has added yet another feather to her cap. 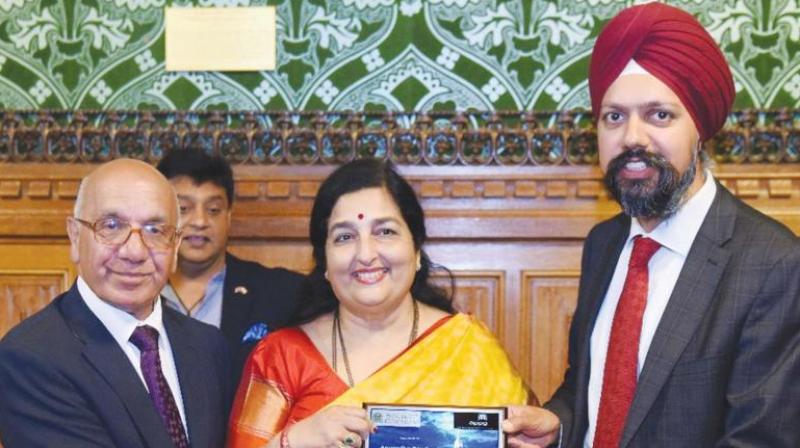 The era of the 80s and 90s in the Bollywood gave us some amazing romantic songs. And veteran playback singer Anuradha Pudwal is a name to reckon with when it comes to songs like ‘Tu Mera Heroa Hai’ from Hero to Bahut Payaar Karte Hai from Saajan.

A National Award winner and four-time Filmfare award winner, Anuradha has added yet another feather to her cap. The singer was recently honoured at the UK Houses of Parliament, not just for her outstanding contribution to music, but for her charitable initiatives as well.

“Awards and acknowledgements matter to an artiste. It is the love of the people that goads us to grow at every stage. My felicitation is at a place that is seeped in history, is over 800 years old and is considered the Mother of all Parliaments. I felt blessed with the love of the people, and appreciation from unknown quarters. It is touching to know that your efforts have reached corners of the world,” said the singer who has over 1500 songs to her credit in a career spanning over a period of four and half decades.