Anushka Sharma was spotted holding an adorable puppy with her husband Virat Kohli in New Zealand. 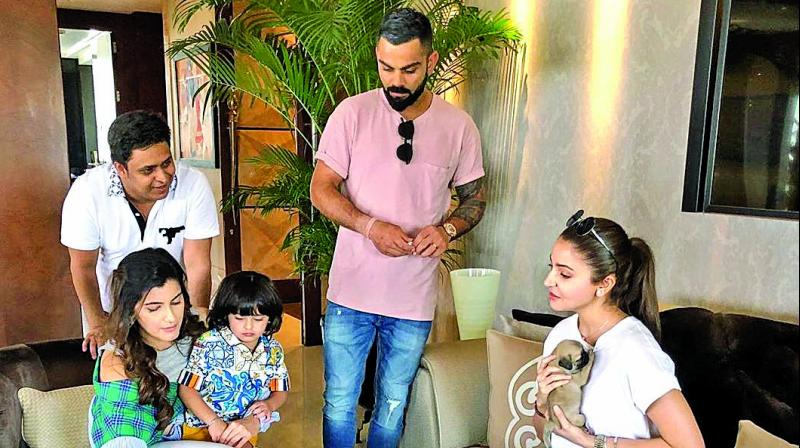 What makes the picture even cuter is that Anushka is adorably holding a puppy in her arms.

Actress Anushka Sharma and cricketer Virat Kohli are surely giving their fans couple goals. While the India skipper hasn’t had the best time in New Zealand, where the Kiwis defeated men in blue, leading then to have crucial lose in recent times, wife Anushka has been standing solid besides husband. Despite that, the couple has been exploring New Zealand and has been spotted by fans in public places.

The latest update from an Instagram fan club shows the couple engaged in a casual meeting with their friends, where they can be seen in conversation with the museum’s owner and the family. Virat can be seen wearing a dusky pink T-shirt while Anushka wore a white T-shirt, and both wore blue jeans.  What makes the picture even cuter is that Anushka is adorably holding a puppy in her arms.

Ever since the picture hit social media, fans cannot get enough of the couple. One fan wrote, “After all the negativity on TL, this is such a positive picture to look at… Also how beautiful Anushka looks while holding that little puppy #Virushka.”