Devika, who also co-wrote the script, plays the pivotal role of Rani Lakshmibai, which her grandmother helped her prepare for. 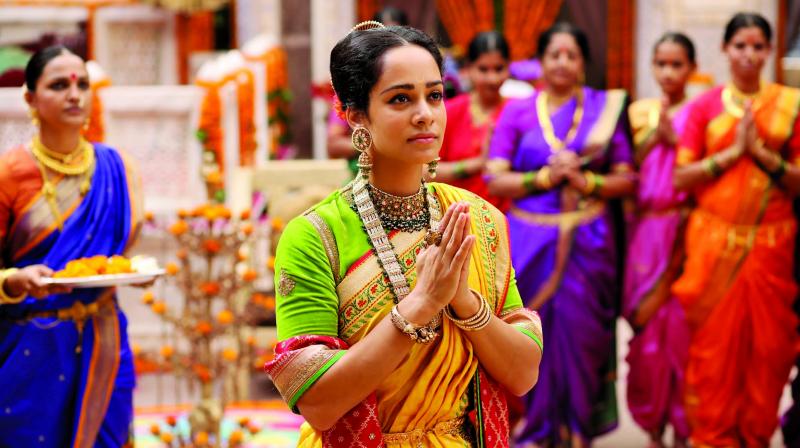 Indian-origin American actress Devika Bhise, best known for her work alongside Dev Patel in The Man Who Knew Infinity, is set to come back in The Warrior Queen of Jhansi, a period drama set in the 1857 Indian rebellion against the British East India Company. The up and coming actress is the daughter of Bharatanatyam dancer and choreographer Swati Bhise, who has co-produced and directed the film.

Speaking about the film, Devika opines that in the West, people have different ideas about India’s poverty and shortcomings but aim to change that with the film. “But through this film, we are trying to depict the valour and strength of our powerful women in the times when the East India Company carried out atrocities on Indian, and how women like the Rani took swords and guns in her hand to protect the Motherland,” she says.

As for comparisons of The Warrior Queen of Jhansi to Kangana Ranaut’s Manikarnika: The Queen of Jhansi, the actress says there are notable differences between the two films. “This story doesn’t cater to the same audiences as Kangana’s film. Ours is a global audience, and we have tried our level best to bring forth the reality of the 1857 period. Unlike Manikarnika, there is no song and dance in our film, and we have cast real English actors who complement the real characters of the then East India Company. I have not seen Manikarnika, but we took a natural and realistic approach to the film. We have not introduced any fictitious story, because the audience will mock us if we do so. So we have tried our level best to stick to realism and also have the English men speaking in English of that era. The colonisation influence will be clearly noticed in the film,” she reveals.

Devika, who also co-wrote the script, plays the pivotal role of Rani Lakshmibai, which her grandmother helped her prepare for. “My aaji [grandma] taught me the Marathi dialogues that I had to speak. I have been horse riding from the age of 10 so that was easy for me. Also learned dandpata and sword fighting,” she says, adding that she was more than happy to have bagged the film about India’s history.

“Though I was born and bred in the US, Manhattan in New York specifically, I am of Indian descent. I have studied history and I love the subject. So when my mother decided to cast me in this film, I could have not got any better offer, which is why I took it,” Devika reveals.

Though the subject is in Jhansi, the film was not filmed there because the historic city has been completely ransacked, the actress reveals. “Not much is there anymore, so we used Jaipur City Palace and Jaipur Fort as a suitable backdrop for the film,” she adds.

As for the distribution of the film, Devika says its all conjecture right now. “At this point in time, it’ll be difficult to assess whether we have gained profit yet. Only once the film releases in theatres can we give you the real and actual earnings. In the meantime, the film here in India is being released at PVR, and overseas releases are being taken care of by the roadside attraction, which is a huge market in Canada. England release is taken care of by other distributors,” she concludes.