The director took five questions and Ranbir Kapoor featured in three of the answers in a rapid fire round on his radio show. 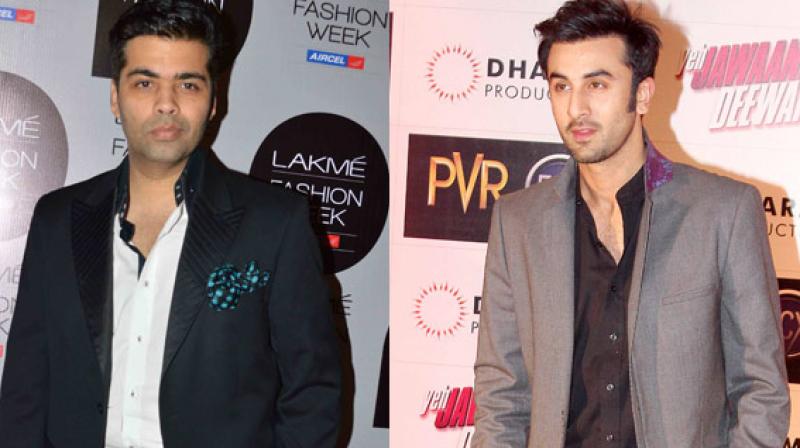 Mumbai: Is there anything related to the field of entertainment that Karan Johar cannot do?

After producing and directs films and acting in them, hosting his popular chat show and other events like awards shows, Karan has now turned a radio jockey, doubling as a ‘love guru’ on the radio station Ishq 104.8.

During one of his episodes, the filmmaker, who is known for his rapid-fire round on 'Koffee with Karan', decided to face one such session from the listeners of his radio show.

The director took five questions and Ranbir Kapoor featured in three of the answers.

One of the questions asked to him was which Bollywood star has no boundaries? Karan replied, “Ranbir Kapoor, he is always stealing my phone and reading my messages.”

He also revealed how he reacted when people check his phone without his permission, he said, “I shouted, I screamed, but then broke my code. He understood my code, it’s quite simple if you are a little intelligent. I changed the code, and he even got that code, somehow I don’t know how he manages, I think he works for the company that makes my phone.”

Having directed Ranbir in ‘Ae Dil Hai Mushkil’, acted with him in ‘Bombay Velvet’ and produced his films like ‘Wake Up Sid’, ‘Yeh Jawaani Hai Deewani’ or the upcoming ‘Brahmastra’, the two have become close friends and Karan is well aware about Ranbir’s relationships as that formed a part of another answer.

When asked which Bollywood couple needs to set better relationship boundaries, he replied, “Anyone who is in a relationship with Ranbir Kapoor.”

We wonder what Ranbir has to say about his friend’s interesting views about him.