Everyone makes odd fashion blunders and thankfully, not everything about his wardrobe was horrid! 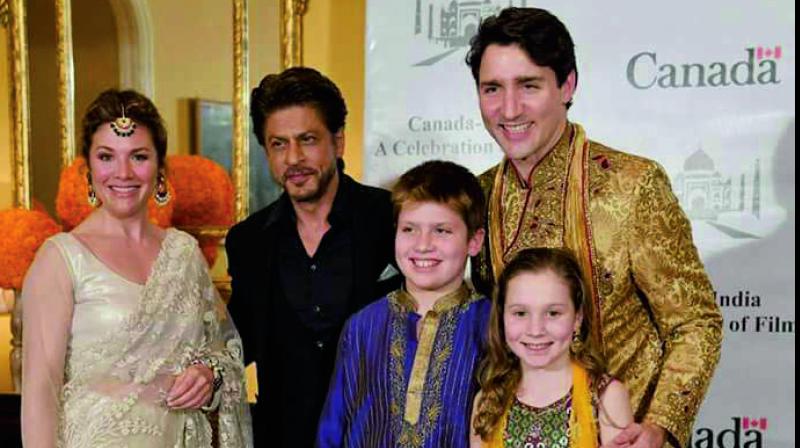 He may be in town to boost Indo-Canadian ties, but the only thing making news is his choice of a garish and sparkly sherwani that he wore to a dinner with Bollywood bigwigs last week.

At the event held in Delhi, while SRK  looked sharp in a black suit, Canadian Prime Minister Justin Troudeau, to quote Twitterati, was dressed like a bridegroom. Writer Shunali Khullar Shroff even wanted to find out the culprit who advised him to dress like that; she felt the only two things missing at the venue were a horse and a sehra.“It looked like a Band Baaja Baraat suit,” she says laughing, as she adds, “Something you can find at a place that rents filmy costumes in Mumbai. 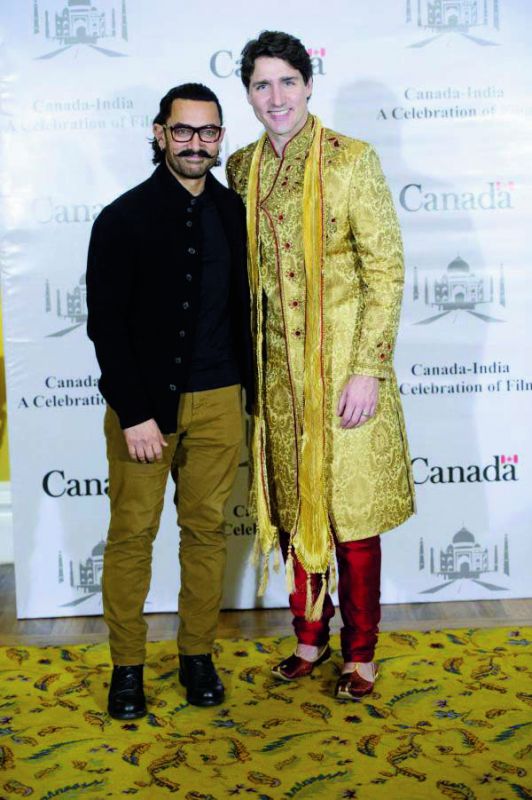 A huge admirer of Trudeau owing to his friendly persona, his stand for women’s rights and family guy image, Shunali says, “The poor guy must have asked someone to source him something Indian and this is what they got! They should have gone to someone like a Raghavendra Rathore or Shantanu and Nikhil. After all, he is a foreign dignitary and head of state, the style has to be reigned in!”

Writer Kiran Manral agrees with Shunali about consulting contemporary Indian designers for his Indian wardrobe. “This is dated styling advice and like Former J&K CM Omar Abdullah pointed out, nobody in India dresses like this either,” she mentions.

In any case, it’s unfair to pounce on the Canadian PM. Kiran points out, “It’s rather endearing that he wanted to play to the gallery and sport an Indian look. The first two times he wore kurta-pyjama was cute, after that it was a bit of a killjoy. But he is so gorgeous that we can forgive him for this one faux pas.”

Everyone makes odd fashion blunders and thankfully, not everything about his wardrobe was horrid!

Trudeau, known for his collection of statement-making socks, did not disappoint in this department. As Star Wars is his favourite theme, he decided to meet Indian counterpart Narendra Modi wearing Darth Vader socks and the two found a common ground to talk about straight away.

Similarly, while meeting the Irish Prime Minister in 2017, he took inspiration from Star Wars and wore R2D2 and C3PO socks. At Davos earlier this year, he sported purple-and-yellow ducks!

In fact Industrialist Anand Mahindra even tweeted, “I told @CanadianPM (who has a great sense of humour) that my daughters would be dismayed I hadn’t chosen appropriately colourful socks for the occasion. I decided to admit & have my dismal wardrobe failure photographically recorded! (sic).”