Alia Bhatt says yes to Meghna, thanks to Karan Johar

“Alia, who is constantly stretching herself as an actor, keenly wanted to work with Meghna,” reveals a source close to the project. 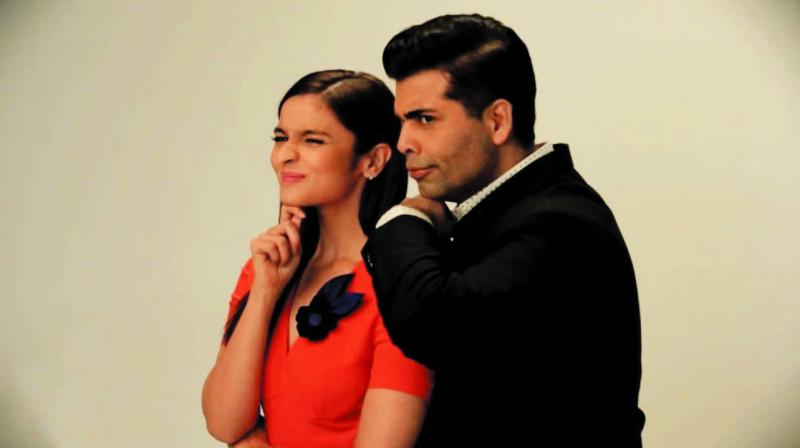 For months now, Alia Bhatt, who seems to be going from strength to strength in a short period of time, was in a dilemma about doing Meghna Gulzar’s Raazi.

“Alia, who is constantly stretching herself as an actor, keenly wanted to work with Meghna,” reveals a source close to the project. “But she wasn’t sure she could pull off the role of this fiercely patriotic Indian Kashmiri, who marries a Pakistani army officer (to be played by Vicky Kaushal) in order to serve as a spy for her country. Alia felt she was too young, inexperienced, and politically unschooled to play this complex part.”

It was her ‘second father’ Karan Johar, who convinced her to take the plunge. That was especially because Karan’s Dragon, his other production with Alia, to be directed by Ayan Mukerji, was delayed.

Adds the source, “When Alia protested that she knew nothing about life and politics in Kashmir, Karan reminded her that she had known nothing about how poverty-stricken Bihari women existed when she took up Udta Punjab. Karan not only persuaded Alia to take up the challenge, he also agreed to produce the film for Meghna, so Alia would be comfortable in the set up. For the longest time Karan wanted to work with Gulzar saab. That didn’t happen. Working with his daughter was another entry on his wishlist. Bringing Alia and Meghna together was a big thing for Karan.”