‘Petta Teaser’ and ‘Happy Birthday Thalaiva’ were some of the hashtags trending on Rajinikanth’s 69th birthday. 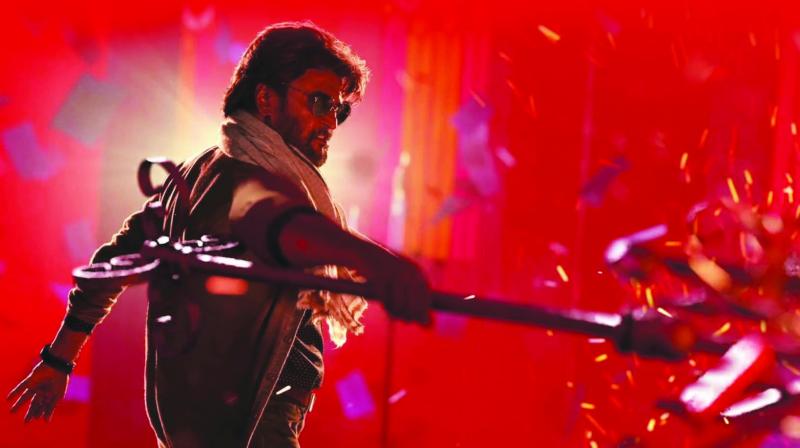 The teaser ends with the star swirling his sunglasses in a circular motion before wearing it in his inimitable style.

He may have skipped his date with his fans on his birthday, but his followers across the State and elsewhere too were excited as ever in celebrating Rajinikanth's birthday, which also coincided with the release of teaser for the Superstar's film Petta on Wednesday.

Perhaps, the occasion may have also sent out a teaser on his future in politics as his punchline would inidcate from S. Shankar's 2.0, a follow-up to 2010 film Enthiran (2.0 also featured Akshay Kumar as the antagonist Pakshiraja): “What number 1 and number 2? I am the only one, the super one!”

“Happy birthday superstar, Rajinikanth. Here is the Petta birthday ‘treatser’,” read the caption of the video, which hit the Internet on Wednesday morning. The Petta teaser, released by Sun Pictures, is a birthday tribute to Rajini, providing a glimpse of the Superstar's roles.

The teaser ends with the star swirling his sunglasses in a circular motion before wearing it in his inimitable style. ‘Petta Teaser’ and ‘Happy Birthday Thalaiva’ were some of the hashtags trending on Rajinikanth’s 69th birthday.

During the audio launch of Petta, Rajinikanth had said, “Karthik has a very different style of storytelling. He directed this film like a true Rajinikanth fan. Petta is an entertaining throwback to the kind of films I did in 1990s. Karthik has extracted from me the kind of work I used to perform three to four decades ago.”

The dialogue-free teaser is filled with montages of the actor after he is first seen walking down a cobbled street. His honorific, Superstar, is spelt out in electric-blue lights. The 80-second video ends with a bonus for the actor's fans: his characteristic ringing laughter.

This is Rajinikanth’s 165th feature film. Not much has been revealed about the film’s plot though Subbaraj has promised that it would be a light-hearted action-thriller, unlike the superstar’s recent politically charged films.

To his fans, Rajini is not just a film hero but an inspiration and a revereda god. And it goes without saying that his film launch is always a celebration time. And as the actor-turned-politician turned 69, his followers flooded the social media platforms including Twitter, Facebook and Instagram with their wishes. They kept the temples, dargahs and churches pulsating too, by offering prayers.

Rajini who will be signing off 2018 in style by starring with Akshay Kumar as Pakshirajan, in 2.0, had a humble beginning in Apoorva Raagangal that featured Kamal Haasan in the lead role. The newcomer Shivaji Rao Gaekward, better known by his screen name of Rajinikanth, got noticed by filmmakers and he shot to fame. Initially, he played the role of a 'villain,' and a vengeful character.