Christopher Dines – encouraging self-awareness as an author and mindfulness teacher

The mindfulness teacher was once a drug addict and alcoholic, which almost killed him 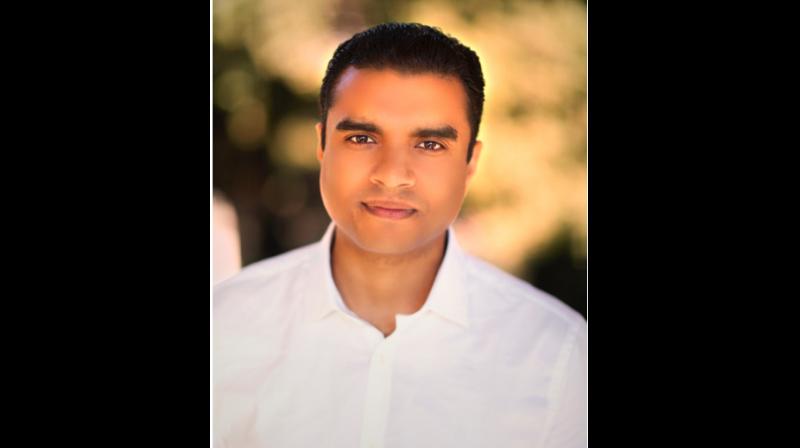 Christopher cleaned up his act and gave up drugs and alcohol at the age of 21. After taking a three month break in the autumn of 2004, he went back to the music industry. — By arrangement

Self-awareness helps people to achieve a deeper level of satisfaction. In the era of smartphones and especially social media scrolling, people are losing their ability to concentrate and be mindful. Meditation and mindfulness are popular terms, but people still have many questions about mindfulness. The theory is paying attention to present moment experiences without judgment of feelings, sensations, thoughts, and a willingness to be okay with what is.

Mindfulness enables people to be aware of the world around them and within them moment by moment. In order to give people awareness about mindfulness and self-awareness, there are mindfulness teachers who help people live a calm life by staying true to the path they are meant to be on. One such mindfulness teacher is Christopher Dines – a former music recording producer and DJ, a mindfulness teacher, and author of eight books.

No one really understands the true meaning of life or where life will lead them. Problems are a part of life, and no one can escape them. However, even if a person suffers from a mental illness, better days are yet to come. People who find the courage to ask for help can heal and recover. There is always a way out – even if mental health problems are severe. People suffering from depression can learn to live fulfilling lives. Christopher Dines enjoyed the highs of his previous DJ career and then came crashing down because of poor mental health and addiction. But he did not give up trying to get professional help and gradually overcame his life problems by joining support groups and learning to meditate.

The mindfulness teacher was once a drug addict and alcoholic, which almost killed him. But he got clean and started life anew. Dines is now well known as a mindfulness teacher and author of eight books. His most recent books published by Hachette UK are Super Self-Care and Drug Addiction Recovery. Christopher Dines was born on in London, England. Christopher was passionate about sharing his love of dance music with an audience. He gave out house, hardcore and jungle DJ mix cassettes at high school and built a following in North West London. He believed he could not give time to developing his craft as a DJ while attending high school studies. Therefore, he left school when he was fifteen and pursued his DJ’ing career.

In the late-1990s, Christopher DJ’ed on London’s pirate radio station, Flex FM. Meanwhile, he promoted several UK Garage bands in London for a couple of years, gaining more experience of how the industry really worked. He was enjoying the peak of his DJ’ing career, but his alcoholism progressed, and he started consuming cocaine and ecstasy tablets, eventually hitting a grave rock bottom.

Christopher cleaned up his act and gave up drugs and alcohol at the age of 21. After taking a three month break in the autumn of 2004, he went back to the music industry. His first gig after getting clean was at the Mint Bar in Koh Samui in January 2005, and the rest is history. Later that year, he co-founded an underground deep house record label, SuCasa Beats. He went on to headline some of the most prestigious parties in the world like Defected in the House and London Fashion Week.

Recently, Christopher joined Project Eileen, a charity based in Brighton, England. The program helps young people to address death and grief. Christopher plays an ambassadorial role at Project Eileen. He is currently working on his debut novel.

How can enterprises write their Digital Transformation story without writing any code?