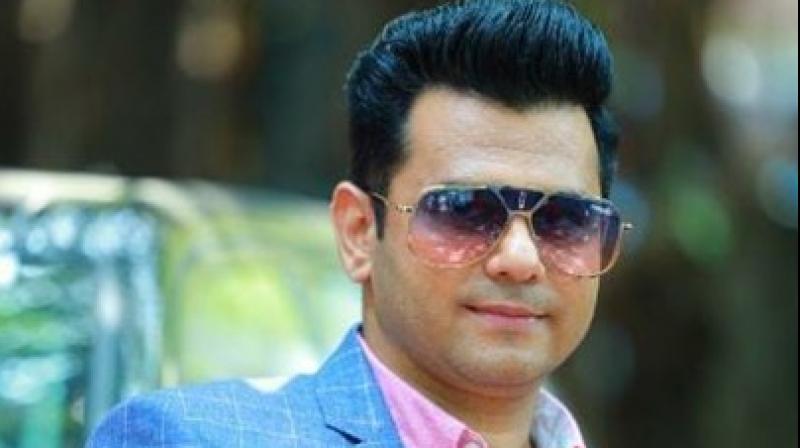 Pune is a well-known city for its culture, studies and achievements. This city has given many gems to society. One of those gems is S.P. Finance Academy’s founder Sachin Bamgude.

His finance academy has been growing and benefitting new entrepreneurs so much. But good work doesn’t have any boundaries. It reaches to a whole big level. Popular South African cricketer Jonty Rhodes has recognized Sachin Bamgude’s this hard work along with his neverending selfless social work; and sent his regards and good wishes for Sachin Bamgude for his new venture.

Jonty Rhodes is a well-known south African Test and One day International cricketer and commentator. He is considered the greatest fielder. He served South Africa as a cricketer from 1992 to 2003. He is not only loved in South Africa but in the whole world. He is currently busy in his IPL schedule but still he took time to appreciate Sachin Bamgude. His best wishes have surely given a new positive energy to Sachin Bamgude to work for more people in our country.

What is S. P. Finance Academy of India? It is a golden opportunity to become an entrepreneur.

The SP Finance Academy of India institute can lay the foundation for anyone to become a skilled entrepreneur in six months. MCFE Certification offers an innovative and high-quality skill finance education. Friends, you too are an in-kind, you can be a businessman. Sachin Bamgude is the winner of the SME Excellence Awards and Zee Business Award. You can get yourself a job in financial field within six months from SP finance academy of India. The entire course is practical based and field work. So, visit apnarupee.com right now.

Entrepreneur and businessman Sachin Bamgude’s S. P. Enterprises is one of the leading finance companies and it’s based in Pune. All the franchises of S.P. Finance in Pune have been sold out. Now their target is whole India. There are many new entrepreneurs in making. It’s definitely a milestone.

Established in 2008 and now slowly as moving ahead the firm has made its presence in a lot of cities of India including Mumbai, Pune, Nashik, Ahmedabad, Surat, Udaipur, Jaipur, Hyderabad, Bhopal, Indore, and Goa. Apart from this he has recently produced a superhit Marathi film Love You Zindagi and he is soon coming up with a new web-series with Swwapnil Joshi.

Sachin Bamgude’s hard work, efficiency, continuous selfless social work has been recognized and praised by many celebrities from entertainment industry and now cricket world has also put there foot forward to appreciate his honest efforts. This is definitely an inspiration.

Marine Engineering Courses: Travel your way to a rewarding career!