Subhadra also offered to tender her resignation in person if her decision would not be accepted by the party. 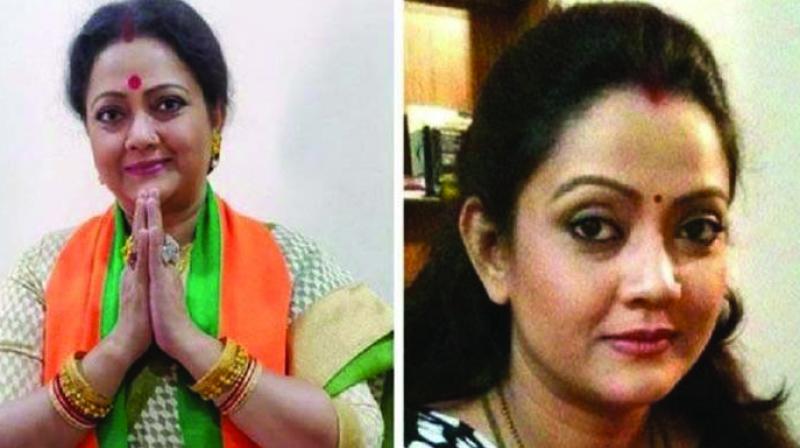 Kolkata: Actor-turned-politician Subhadra Mukherjee, who has worked in several movies and telly soaps, quit the BJP on Saturday in protest of the carnage that took 42 lives in Delhi.

Sending her resignation West Bengal BJP president and Midnapore MP Dilip Ghosh she made it clear that she would not continue in a party which has faces like Anurag Thakur and Kapil Mishra who have come under the scanner for their provocative speeches triggering the riot.

Subhadra also offered to tender her resignation in person if her decision would not be accepted by the party.

The actor, who joined the BJP in 2013, said, “The BJP’s style of organisation attracted me to the party then. But in recent years, I have noticed that things are not going the right way. I felt that a sense of hatred and judging people by their religion is taking over the ideology of BJP. After giving several thoughts, I have decided to quit.”

Blaming the incidents in the national capital behind her decision to quit, Ms Mukherjee questioned the inaction against BJP leader Kapil Mishra and Union minister Anurag Thakur for the “hate speech.”

“Several innocent people were killed in the violence. Innumerable houses were burnt. The riot has created a division among the people. BJP leaders like Thakur and Mishra are still free as they have not faced any action from neither the party nor the police for their hate speech. The riot scenes have shocked me. I decided to not to continue with a party which can not take a strong decision against its own leaders already on the dock.”

Although, the Bengal BJP leader hailed the CAA, she, however,  slammed its misuse.