India   All India  01 May 2020  Amid covid lockdown, special train transports stranded migrants from Telangana to Jharkhand
India, All India

Thousands of migrants were stranded in places across the country since the lockdown was enforced on March 25, many even walking back home 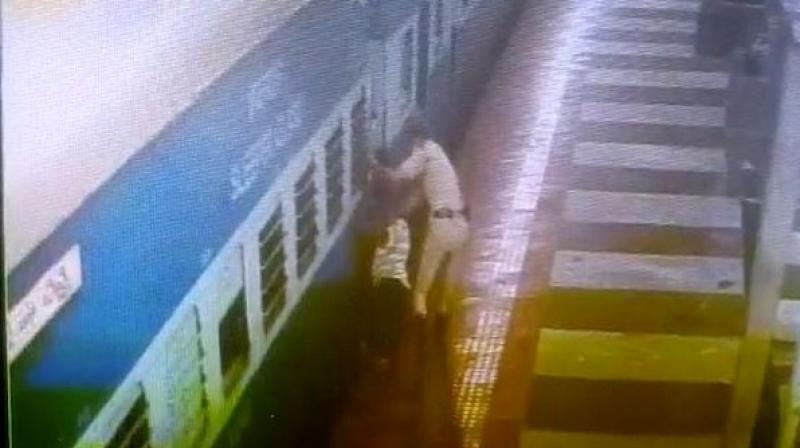 New Delhi: Railways on Friday ran its first special train to ferry 1,200 stranded migrants from Lingampally in Telangana to Hatia in Jharkhand since its services were suspended due to the coronavirus lockdown, RPF DG Arun Kumar said.

Thousands of migrants were stranded in places across the country since the lockdown was enforced on March 25, many even attempting to walk home.

On Wednesday, the ministry of home affairs allowed states to ferry their migrants back in buses, even as many state chief ministers requested that special trains be allowed to run for the movement of migrants.

It's the only train to be deployed so far, he added.

"Today (Friday) morning a one-off special train was run from Lingampalli to Hatia on request of the state government of Telangana and as per the directions of ministry of railways. All necessary precautions such as prior screening of passengers, maintaining social distancing at station and in the train were followed," railways said in a statement.

A spokesperson for the South Central Railway which is running the train service said that all passengers were thermal screened at the station, masks were mandatory and food has been provided on board as the train will have no halts.

For social distancing measures, it has allowed only 54 passengers per coach which has a capacity of 72. In coupes, six passengers have been allowed instead of eight, the spokesperson said.

The train will reach Hatia at 11 pm tonight and the migrants on board are expected to be taken to quarantine facilities.

In Delhi, railways clarified that this service was only a "one-off special train" and any further trains shall be planned only as per the directions of railways ministry and on request from both the originating and destination state governments.

Sources said that a list has already been prepared by railways on the request of chief ministers for special trains and starting Friday, these trains will be run consistently to ferry migrants.

PTI had earlier reported that each railway zone had a "restoration plan" in place to ferry stranded migrants across the country to their destinations.

Resumption of normal services, however, will not take place anytime soon, officials said.