India   All India  04 Sep 2018  BSP campaign: Dalit atrocities to be in focus
India, All India

BSP campaign: Dalit atrocities to be in focus

The BSP is compiling incidents of atrocities on Dalits that have taken place in the BJP regime. 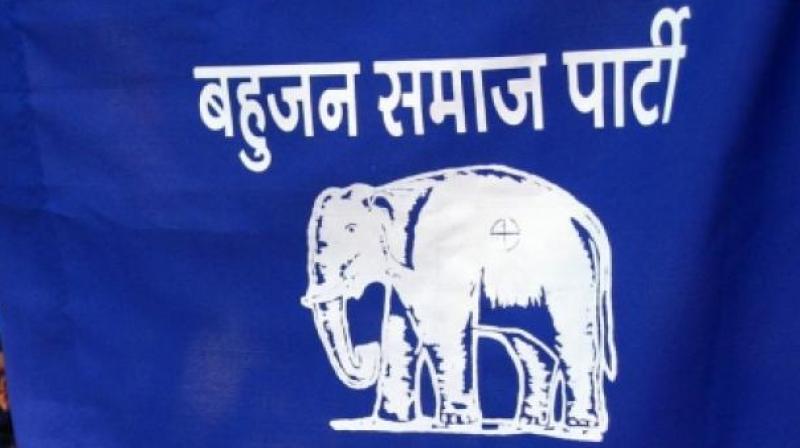 The BSP, apparently, wants to build atrocities on Dalits into a major poll issue for the 2019 Lok Sabha elections and dilute the BJP’s ‘Hindu First’ campaign.

Lucknow: The Bahujan Samaj Party has hit upon a new idea to counter the Bharatiya Janata Party (BJP) which is making inroads into its Dalit vote bank in Uttar Pradesh.

The BSP is compiling incidents of atrocities on Dalits that have taken place in the BJP regime. These include the Bhima-Koregaon incident, the suicide of Rohith Vemula, Una killings and similar incidents in Uttar Pradesh. These incidents will be printed in a booklet form and BSP volunteers will then take them for distribution into Dalit  populated areas.

The volunteers will also interact with Dalit voters and explain to them these incidents in detail — particularly top those who are not literate.

The BSP, apparently, wants to build atrocities on Dalits into a major poll issue for the 2019 Lok Sabha elections and dilute the BJP’s ‘Hindu First’ campaign.

“The idea is to inform Dalits about the real intentions of the BJP, in whose regime atrocities on Dalits have increased manifold. The BJP is trying to mislead Dalits in the name of Hindutva but when it comes to caste discrimination, the BJP does not practice what it preaches”, said a BSP functionary.

In this campaign, the BSP will focus particularly on the youth who are comparatively more politically aware and literate than the older generations.

In targeting the youth, the BSP also aims at nullifying the growing influence of the Bhim Army on Dalit youth in western Uttar Pradesh.

Interestingly, the BSP list of atrocities on Dalits does not include the Bhim Army chief Chandra Shekhar who has been languishing in jail since June last year on charges of instigating violence in Saharanpur.

The BSP has been maintaining a studied silence on its relationship with the Bhim Army. It has neither supported the Bhim Army and neither has it opposed it.

A senior BSP leader admitted that the party had failed to address the young Dalit voters in the past few years which had led to electoral reverses.

“There is a whole new generation among Dalits and we ignored them which led to losses in 2012 and 2017 assembly and 2014 Lok Sabha polls. This time, we are focusing on the youth and we want to tell them how the BJP has misled them”, the leader said.

If the party fails to win a sizeable number of seats in the next Lok Sabha elections, it may lose its relevance as a political force in Uttar Pradesh. For this, it is important for the BSP to prevent any erosion in its vote bank.