The deceased, who was ill for a long time and did not work anywhere, did not get food for 3 days. 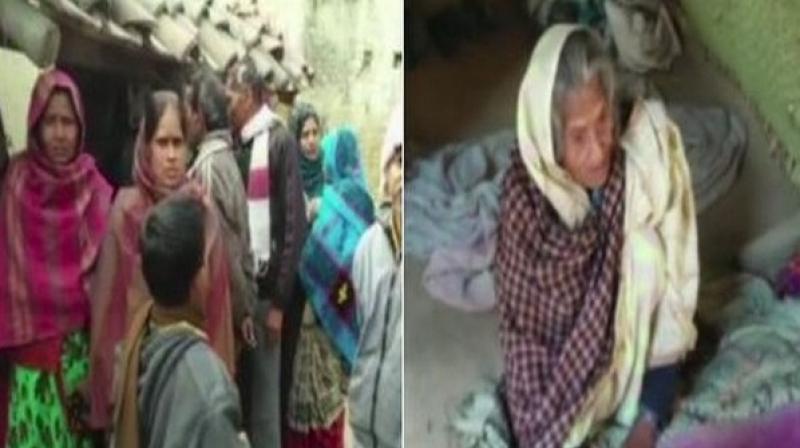 The deceased, who is survived by his 90-year-old mother (R), used their ration card to access food grains but later sold it to buy medicines. (Photo: ANI)

Bareilly: A 42-year old paralysed man has allegedly died of starvation in Bhamora area of Bareilly district just days after the Uttar Pradesh government warned district administrative officials of strict action in any such case.

Naemchand, who did not get food for three days, is survived by his 90-year-old mother.

One of his relatives, Sarla, said that he was ill for a long time and so didn't work anywhere.

"We did what we could. Even the villagers used to help them. Last time they visited us, we gave them money. Had we known that they don't have anything to eat, we would have sent something," said Sarla.

As per information, the deceased used their ration card to avail food grains but later sold it to get medicines.

Meanwhile, the administration has rebuffed the claim of death due to starvation.

"This is a very sad and painful incident, they had nothing to eat. I will try my best to arrange compensation for the mother of the deceased", said Shiva Kushwaha, Lekhpal of Bareilly.

Earlier in November, a woman died of starvation in Bareilly after his husband was reportedly refused ration over the biometric fingerprint.