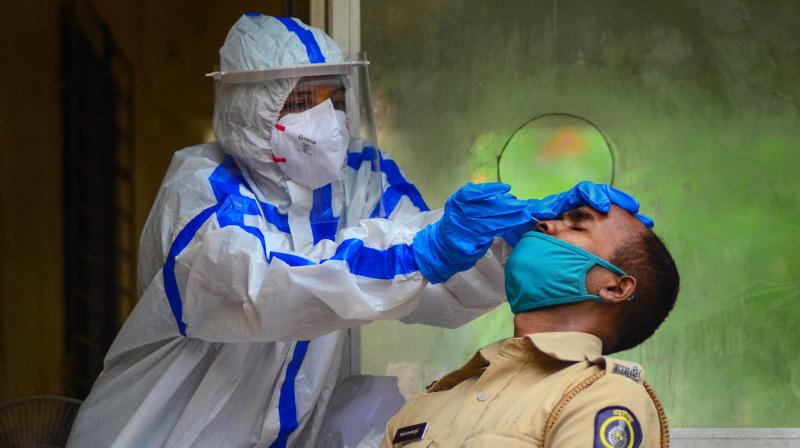 Maharashtra has reported the highest new cases at 9,855 and it is the highest number recorded in the state since October 18 when 10,259 new cases were reported. — PTI file photo

New Delhi: Maharashtra, Kerala, Punjab, Tamil Nadu, Gujarat and Karnataka continue to report a surge in daily Covid-19 cases and cumulatively they account for 85.51 per cent of the new cases reported in the past 24 hours. Recorded daily new cases of Covid-19 in India went above 17,000 after over a month.

On Thursday, 17,407 new infections were reported in a day with 89 fatalities. The Covid-19 active caseload has increased to 1,73,413, which comprises 1.55 per cent of the total infections, as per Union health ministry data.

At the same time, the total number of cases with UK, South Africa and Brazil variants of Covid-19 virus in India has now reached 242.

Meanwhile, a study by the Indian Institute of Science (IISc) has identified multiple mutations and unique proteins in isolates of SARS-CoV-2, the virus that causes Covid-19. The recent study, published in the 'Journal of Proteome Research', has also shown that the host produces several proteins of their own as their body launches an immunological defence in response to the viral attack.