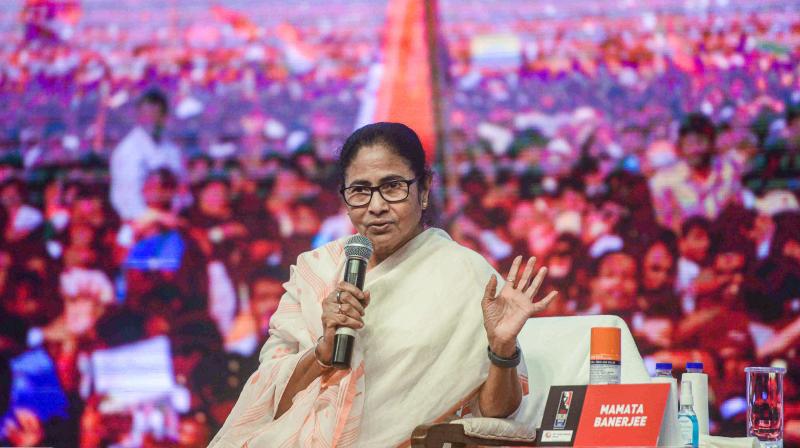 Kolkata: A day after Union home minister Amit Shah, at the BJP national executive session in Hyderabad, called for an end to dynastic politics in “family-run parties” across the country, West Bengal chief minister Mamata Banerjee hit back, alleging that he has placed his son Jay Shah at the Board of Control for Cricket in India to ensure dynastic rule.

The Trinamul Congress supremo, who made the veiled attack on Mr Shah at the India Today Conclave East here on Monday, also predicted that the next Lok Sabha election would see a “protest vote” by the people to “reject” the BJP from coming to power at the Centre again.

On dynastic rule, Ms Banerjee said: “I am not talking about the Banerjee family. Everybody is in politics. But they are not in a position… Charity begins at home. Sometimes you can put your son in the cricket control board as its main man. Is there no dynasty in it? But when some will fight on the road in politics, they will become the dynastic people!”

Referring to the recent Maharashtra Shiv Sena MLAs’ revolt, the CM made another startling claim against the BJP, of “supplying things more than just money” to them during the government crisis.

She wondered: “Where do you (read BJP) get the money from to provide some Maharashtra MLAs a luxurious life in Assam? How many things were supplied there? Not only just money, you supplied so many things. Go and find out how these supplies were made. I know it but want to maintain silence, which is golden. Everybody can guess what I said. It is M, N and W…”