India   All India  06 Feb 2018  Fire at under construction station of Hyderabad Metro; none hurt
India, All India

Fire at under construction station of Hyderabad Metro; none hurt

HMRL Managing Director N V S Reddy said that while the welding work was being done on Monday evening, some sparks caused a small fire. 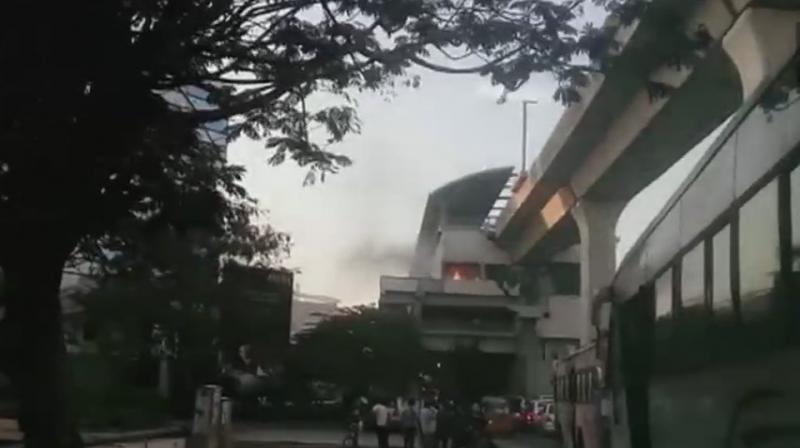 A purported footage of the flames at the station went viral on social media. (Photo: ANI | Twitter)

Hyderabad: A minor fire broke out at an under construction station of the Hyderabad Metro Rail Ltd (HMRL) project in Hyderabad, an official said on Tuesday.

No casualties were reported.

The blaze erupted on Monday around 4 pm on a corner side of the Hitech City station, an official of the L&T Metro Rail (Hyderabad) Ltd, the concessionaire developing the 72-km elevated project, said.

A purported footage of the flames at the station went viral on social media.

"The fire was immediately controlled and extinguished. It's a small incident but doing rounds on the social media. I have instructed the L&T to further improve the safety measures to prevent such incidents in future," Reddy said.

The Hitech City station comes under corridor-3 of the Metro project.