India   All India  06 Dec 2021  Amit Shah to give statement on Nagaland firing incident in both Houses of Parliament
India, All India 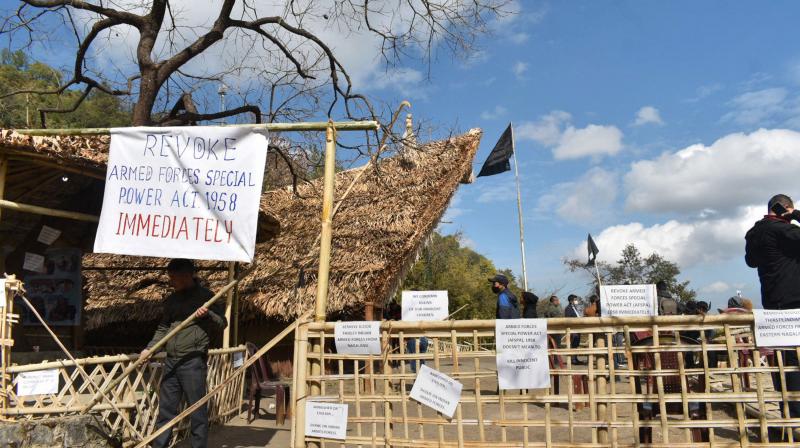 Placards and black flag are put up at the venue of Hornbill festival in solidarity with the civilians, killed in an anti-insurgency operation, in Kisama, Nagaland. (Photo: PTI)

New Delhi: Union Home Minister Amit Shah will give a statement on the Nagaland firing incident in both the Houses of the Parliament on Monday.

Some Naga youth were reportedly killed in Oting village of Nagaland's Mon district on Saturday when they were allegedly fired at by security forces, who suspected them to be terrorists.

Nagaland Chief Minister Neiphiu Rio on Sunday ordered a high-level probe into the reported killings of civilians by security forces and the government has formed a Special Investigation Team (SIT) to probe into the matter.

The Indian Army has expressed regret over the incident and said it is being investigated at the highest level.

A day after the reported civilian killings by security forces, the state government on Sunday prohibited all mobile internet, data services, bulk SMS of all providers in the entire area of Mon district with immediate effect.

Shah on Sunday expressed anguish over the incident and conveyed condolences to bereaved families.

Meanwhile, the winter session of the Parliament commenced on November 29 and will continue till December 23.