Congress leader Manish Tiwari sought action against the policeman while uploading the video on his twitter handle. 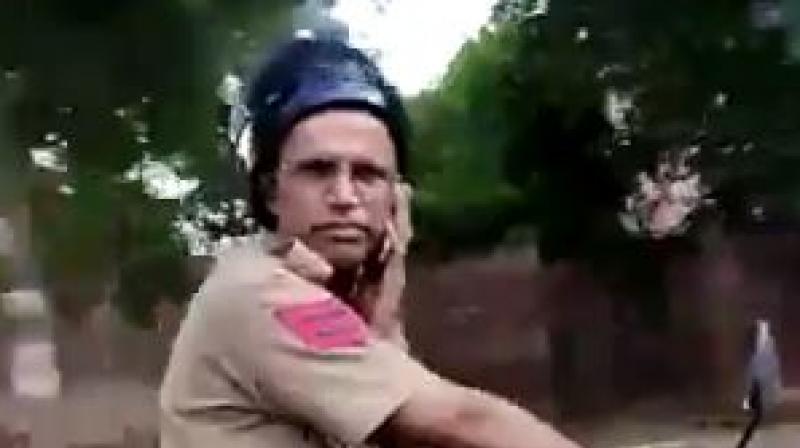 Chandigarh: A Chandigarh policeman was suspended for slapping a man who filmed him talking on the phone while riding a bike.

A video of head constable Surinder Singh slapping the local went viral on social media. He wasn't even wearing his helmet properly.

When the local pointed out the traffic violation, the cop slapped him. The incident took place yesterday at the Sector 36/37 dividing road in Chandigarh.

Former union minister and Congress leader Manish Tiwari sought action against the policeman while uploading the video on his twitter handle.

He was also challaned for not wearing his helmet properly and speaking on the phone while driving, the SSP said.

The driving license of the cop has been seized and it will be sent to the transport and licensing authority for suspension for three months, he said.

The head constable was posted in the security wing of the Chandigarh police.

-@IG_CHANDIGARH -DGP Chandigarh Tejinder LUTHRA ji if video in this tweet is true plz suspend this police official for assaulting a Citizen pic.twitter.com/39F5T0n3vY