Tripura CM Biplab Deb made these remarks at a function in Udaipur to mark birth anniversary of Rabindra Nath Tagore. 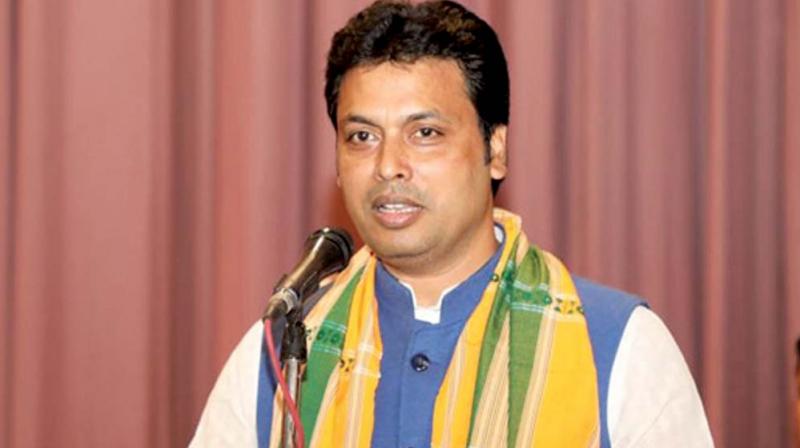 Agartala: Adding another blooper to the list of his gaffes, Tripura Chief Minister Biplab Deb was recently heard saying that "Rabindra Nath Tagore returned his Nobel Prize in protest against the British."

In a video that has been circulating on social media, the 46-year-old chief minister was seen making these remarks at a function in Udaipur.

Deb made these remarks at the function held to mark the birth anniversary of Nobel laureate Rabindra Nath Tagore.

Rabindra Nath Tagore did receive the Nobel Prize for poetry in 1913. He, however, had denied Knighthood in protest against the Jalianwalla Bagh massacre in 1919.

The newly-sworn Tripura Chief Minister, Biplab Deb’s gaffes have become an almost daily embarrassment for the BJP since he commented last month that "Internet and satellite communication existed during the Mahabharata era". He never retracted that statement.

Deb even went on to question the crowning of Diana Hayden as Miss World in 1997, saying she was "not an Indian beauty like Aishwarya Rai". However, he later apologised.

A few weeks back, he delivered two new bloopers. "Graduates shouldn't run after government jobs, they should start paan shop instead," he declared.

Deb was also heard suggesting, young men should breed cows and explore a career in dairy.

Read: Do not look for jobs, milk cows instead: Tripura CM advises youth

The Bharatiya Janata Party's massive victory in the Tripura Assembly election in March threw the spotlight on Biplab Deb, who took over two years ago as the BJP's Tripura chief, its youngest in any state.