India   All India  12 Jun 2018  Here's everything you need to know about model-turned-godman Bhaiyyu Maharaj
India, All India

50-yr-old Bhaiyyu Maharaj, who was born Uday Singh Deshmukh, allegedly killed himself at his house in Indore, Madhya Pradesh. 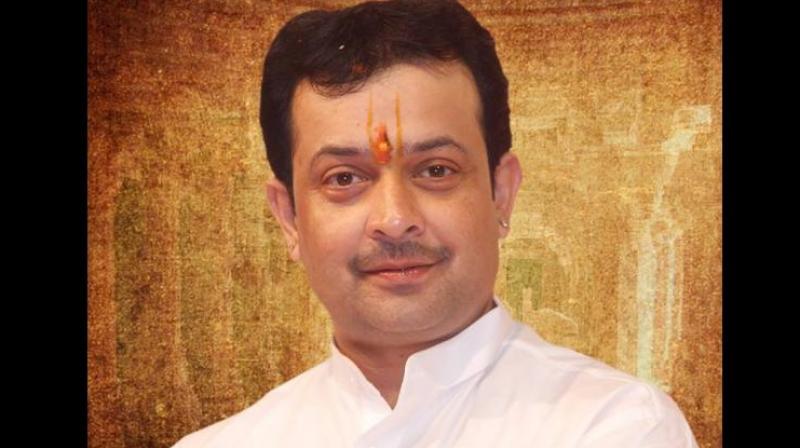 Bhaiyyu Maharaj used to travel in a Mercedes and was rarely seen without his Rolex watch. He has a sprawling bungalow in Indore. (Photo: Facebook | bhaiyyumaharaj)

Indore: Thousands of his followers were left stunned after they got news of spiritual leader Bhaiyyu Maharaj committing suicide by shooting himself on Tuesday.

The 50-year-old model-turned-spiritual guru, who was born Uday Singh Deshmukh, allegedly killed himself at his house in Indore, Madhya Pradesh.

Bhaiyyu Maharaj was one of the five 'saints' to whom the Shivraj Singh government of Madhya Pradesh had granted Minister of State (MoS) rank in April. However, he had refused to accept it, saying "a post holds no importance for a saint".

Here are 10 facts on Bhaiyyu Maharaj: