Parnami also alleged that the Congress has always followed divisive policies and divided people in the name of caste and religion. 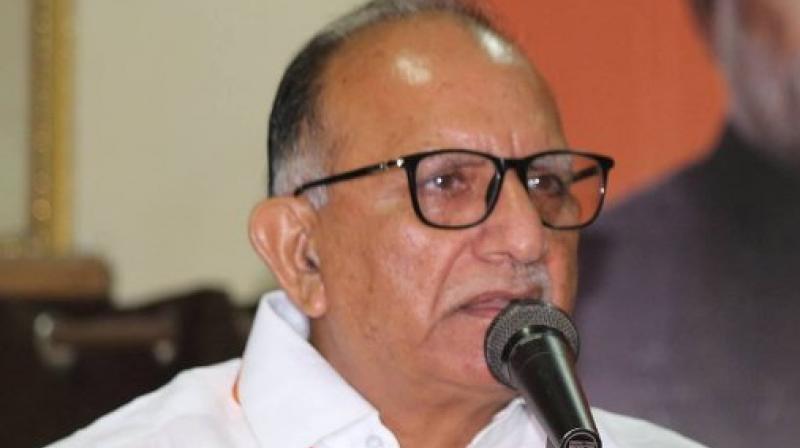 Jaipur: Enthusiastic over the trends indicating a major victory in Dholpur bypoll, the Rajasthan BJP today expressed confidence that it would win the 2018 Assembly and 2019 Lok Sabha elections in the state.

BJP state President Ashok Parnami said the people have voted for the party and have expressed faith in the leadership of Prime Minister Narendra Modi and Chief Minister Vasundhara Raje.

"The trends clearly show that people have voted for development. They are happy with the development carried out by the BJP government in the last three years," Parnami told reporters in Jaipur.

He exuded confidence that the BJP would win the 2018 Assembly elections and 2019 Lok Sabha elections in the state.

"PCC chief Sachin Pilot had said the results will reflect the three years of works of the BJP government and the trends now show that the people are happy with the government's functioning," he said.

Parnami alleged that the Congress has always followed divisive policies and divided people in the name of caste and religion.

State Home Minister Gulabchand Kataria said it was the victory of the works carried out by the BJP government in the state.

"This is the victory of the efforts of the chief minister and the party leaders. The party will create history in the 2018 Assembly elections," he said.

BJP candidate Shobha Rani is leading by 29,605 votes after 13 out of total 20 rounds of counting.