India   All India  14 May 2018  Video: 15 inmates escape from juvenile home near Hyderabad
India, All India

Following the incident, two security men at the home were suspended, police said. 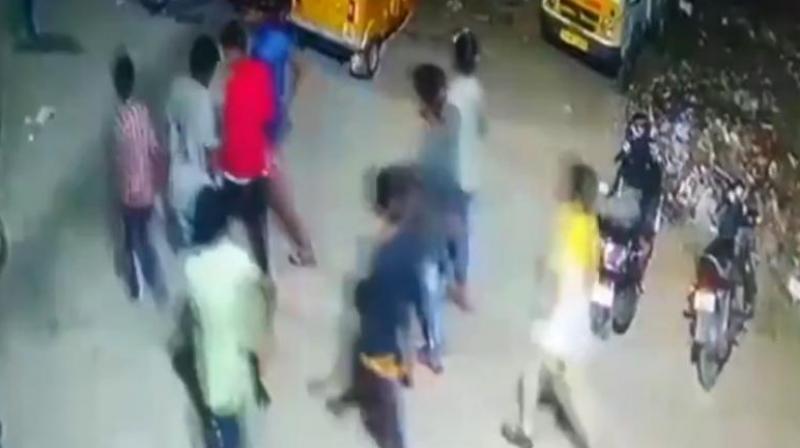 In CCTV footage, the juveniles are seen leaving the home in groups of two or three and walking in the locality with their bags. (Photo: ANI screengrab)

Hyderabad: In a shocking incident of security breach, 15 inmates tried for criminal charges have escaped from a juvenile home in Saidabad near Hyderabad.

Following the incident, two security men at the home were suspended, police said.

In CCTV footage, the juveniles are seen leaving the home in groups of two or three and walking in the locality with their bags.

The boys, all in the age group of 14-16, jumped out after cutting the rods of a ventilator in the bathroom, scaled the compound wall and escaped, police said.

The juveniles used pliers to cut open the grill of the ventilator, an NDTV report said quoting sources.

ET Manjusha, magistrate in Saidabad, said one of the boys was nabbed and as per her files, 12 are still missing.

As per sources, after a correctional home in nearby Nagole had closed down, many of the inmates were shifted to Saidabad centre and therefore it got overcrowded, NDTV report further said.

At the Saidabad juvenile home, the boys are kept in barracks, like in a prison and are not allowed to play in the open. Some of them are reportedly addicted to drugs and liquor, and there is no de-addiction programme for them.

Manjusha, who is also a child rights activist, said juveniles in the age group 13 to 17 need special programmes and a lot of emotional support, which is largely lacking in these homes.