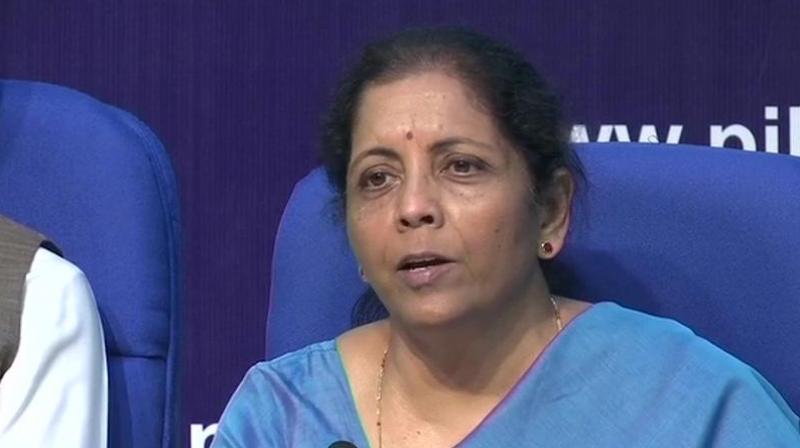 New Delhi: Finance Minister Nirmala Sitharaman, on Saturday,  announced a series of incentives for affordable and middle class housing and allocated a special window to provide last mile funding for such projects with a fund of Rs 20,000 crore.

The announcements come at a time the economy is sluggish. In the most recent quarter, GDP growth slowed to a six-year low of 5%. Auto and real estate are among the sectors that have been worst affected with the slowdown.

“A special window to provide last mile funding for housing projects, which are non-NPA and non-NCLT and are net worth positive in affordable and middle class housing to be set up,” Hindustan Times quoted the finance minister.

The government’s objective is to focus on unfinished projects with the centre contributing Rs 10,000 crore while an equal amount will come from outside investors. Sitharaman added that the fund would be professionally run by experts from housing and banking sectors.

She also announced a slew of measures to boost exports. Among the measures, remission of duties, taxes on export products, particularly in textile dispensation are significant.

“The Export Credit Guarantee Corp will expand scope of ECIS and offer higher insurance cover to banks lending working capital for exports in a move which will cost Rs 1700 crore per annum to the government,” Sitharaman said.

An inter-ministerial working group in Department of Commerce Export finance will actively monitor export finance, tracked through a dashboard, she added.

In a bid to boost the industry, the FM also announced an annual mega shopping festival, on the lines of Dubai Shopping Festival, to boost small and medium scale enterprises.

Today’s announcements were third in the series of measure announced by the finance minister in the recent weeks. Earlier, government has announced a slew of measures, including front-loading of public expenditure, and improved access to credit for businesses and capital infusion into state-run banks to boost credit