India   All India  15 May 2022  To train troops on Tibet against China, Army signs MoU with Sikkim varsity
India, All India

To train troops on Tibet against China, Army signs MoU with Sikkim varsity 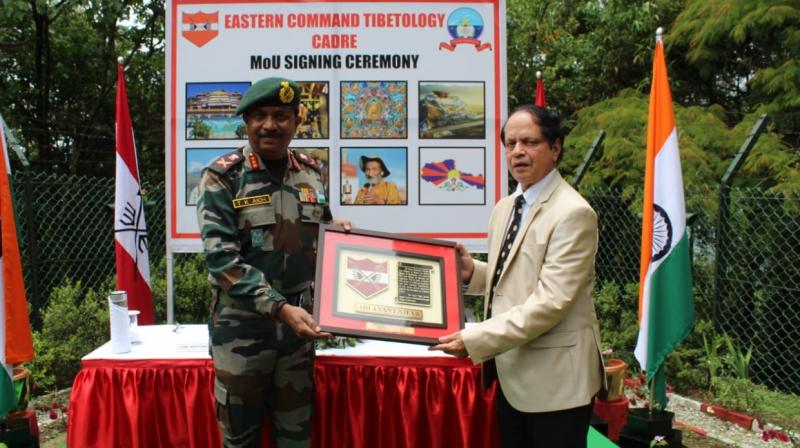 Kolkata: The Indian Army has signed a Memorandum of Understanding (MoU) with the Sikkim University to conduct Tibetology Cadre for its officers and men to acquire knowledge about the strategic mountainous region before they deal with the threat of PLA of China along the Line of Actual Control.

While three Tibetology cadres have been successfully conducted at Gangtok since the initiative got underway last year, this is the first time an official agreement was made between the China facing corps headquartered at Sukna and the varsity to enhance knowledge among the troops of the neighbouring country and Tibet through study.

According to sources, each batch will comprise around 30-40 Army officers and men from all arms of the service who will undergo the course guided by their superiors, scholars, monks (Lamas) and strategic experts specialised on Tibet and Indo-China military relations.

The Eastern Command Tibetology Cadre, which is a six-week long module conducted at Gangtok under the aegis of Black Cat Division of the XXXIII Corps, imparts an insight into all aspects of history, religion, language, culture, politics, demography and Geography of Tibet.