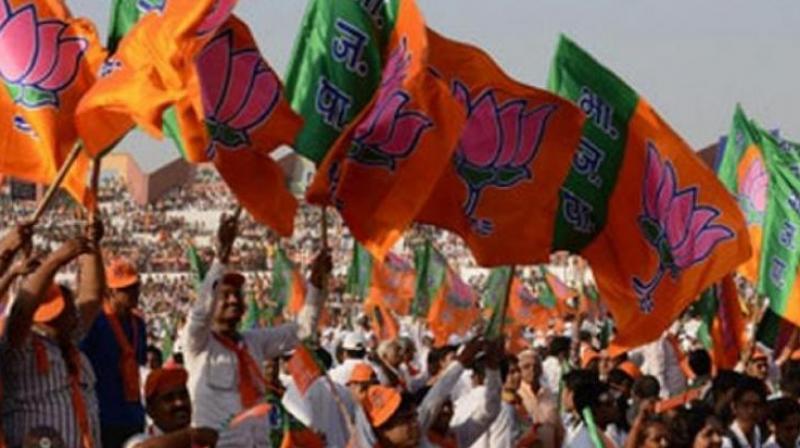 New Delhi: The BJP will apply the “T20 formula” to ensure victory in the 2019 general elections, a senior party leader said.

T20 here differs from the one popular in cricketing parlance as the party has set a target for every worker to visit at least 20 houses in their area and publicise the Narendra Modi-led government’s achievements while having tea. Hinting that the aggressive initiative is aimed at establishing direct dialogue with public, a party leader said, “The party workers have been asked to visit every village in their area and have tea with residents of at least 20 houses.”

The T20 formula seems to be a new version of the BJP’s successful “chai pe charcha” (conversations over tea) campaign in the run-up to the 2014 Lok Sabha elections that had helped Mr Modi, then the BJP’s prime ministerial candidate, connect with the common man over the brew.

As the BJP targets to secure another term, it has asked its workers to spread information about the government’s achievements to each and every house through “Har Booth Das Youth” (roughly translated as each booth 10 youth), NaMo app contact initiative, and booth “toli (team)”, apart from the “T20 formula”.

“A toli (team) of chief workers at every booth is being formed which will publicise the direct benefits from the schemes of the Modi government or the state governments (where the BJP is in power),” a party leader said.

The senior BJP leader said efforts are on to add 20 new members at every booth. He said they are trying to include people from all class and communities.

After brainstorming at the BJP national executive meeting, the workers have also been asked to speed up the implementation of the “Ghar Ghar Dastak (knock on every door)” campaign to take the message of the Modi government to every household.

The Prime Minister is also preparing to directly connect with BJP workers of most Lok Sabha constituencies before the next general elections through a host of interactive exercises, including those using his app, party sources said.

The BJP has formulated a detailed booth-level strategy under which party workers have been asked to add 100 people to Narendra Modi (NaMo) app at every polling booth.

According to party sources, a new version of the app, which will have a section regarding the assignments for workers, is likely to be launched next week.

Mr Modi’s social media outreach comes even as the BJP is already working to ensure that their foremost leader and biggest draw gets to visit almost all of the 543 constituencies before the polls next year.

As part of government and BJP programmes, Mr Modi has already visited more than 300 constituencies since he took over in May 2014, a leader said.

The BJP had extensively used information technology to connect with voters in 2014. A major highlight of the technology-driven campaign was 3-D rally in which Mr Modi delivered speech through 3D projections of himself. Using the technology, Mr Modi had addressed people at several locations simultaneously.

Meanwhile, BJP president Amit Shah addressed a rally in Rajasthan on Sunday, his second in the state this week, and said that the party worked for all castes and communities while the Congress had failed to give the poor and the backward people their due in its 70-year rule.

“This is the specialty of the BJP. It is not the party of any one caste or community. Our Prime Minister Narendra Modi says the mantra for development is ‘Sabka Sath, Sabka Vikas’. Everyone in the country should get the opportunity to develop,” Mr Shah said during a programme in Pali district.

The BJP president said that the party has never been branded as a party of a particular community and it has workers from Mali, Gurjar, Jat and other castes.

“The BJP has become the party of all,” Mr Shah said, adding that after becoming Prime Minister in 2014, in which Rajasthan played an important role as the party won all 25 Lok Sabha seats in the state, Mr Modi worked for the development of all backward classes.

Referring to Congress president Rahul Gandhi as “Rahul Baba”, Mr Shah said four generations of the Gandhi-Nehru family ruled the country but backward classes did not get justice in that period.

He said the Modi government had worked hard for getting constitutional status to the the backward classes commission. The party president also highlighted schemes and programmes launched by the Centre and state governments like Mudra Yojna, Annapurna Rasoi Yojna, Bhamashah Yojna among others.

He also said the Modi government took a decision to increase the minimum support price (MSP) of crops for the benefit of farmers.