Mr Gandhi is scheduled to stage a road show in Bhopal after his arrival on Monday afternoon. 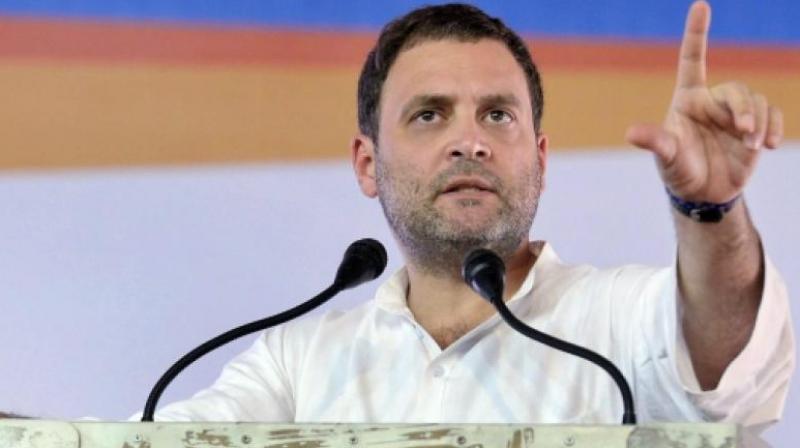 Bhopal: Congress president Rahul Gandhi is all set to sound poll bugle for his party in Madhya Pradesh, which is going to Assembly elections in the end of the year, on Monday.

This would be Mr Gandhi’s second visit to the state in a gap of three months.

He had earlier visited Mands-aur in Madhya Pradesh on June six this year to attend the first death anniversary of six farmers killed in police firing during peasants’ stir in 2017.

Mr Gandhi is scheduled to stage a road show in Bhopal after his arrival on Monday afternoon.

Later, he is also scheduled to address party cadres and leaders  before winding up his day’s tour to the state. MP Pradesh Congress Committee (PCC) president Kamal Nath on Su-nday said lakhs of party workers across the state would flock to the BHEL ground, where Mr Gan-dhi is scheduled to add-ress the Congress men.