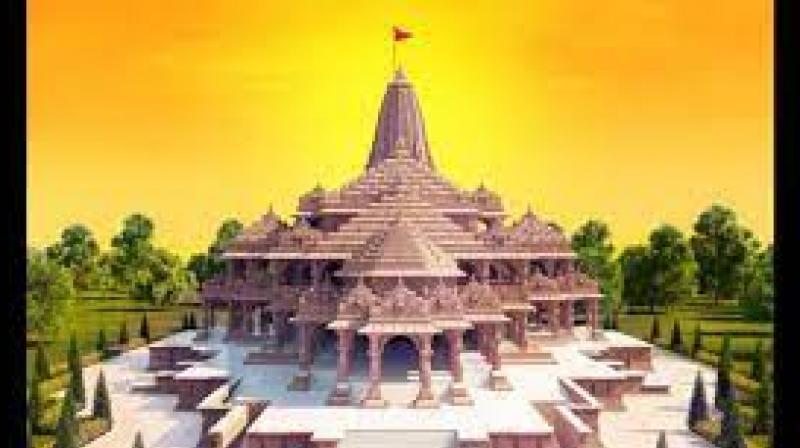 Only pink granite stones will be used for construction of the Lord Ram Temple in Ayodhya. No steel or cement will be used as the structure should withstand the vagaries of a 1000 years, said national general secretary of Viswa Hindu Parishad, Milundu Parande, here on Thursday.

Speaking to media the RSS Office here, the VHP leader said the architect firm that built the Somnath temple in Saurashtra region of Gujarat will take up the work in Ayodhya too. Devotees of Lord Ram are going from door-to-door to meet 13 crore families in a drive from January 15 to 30 to collect donations as part of the Shri Ram Jamabhoomi Mandir Nirman Nidhi Samarpan Abhiyaan.

He said receipts are issued on-the-spot for the contributions and appealed to the people to donate what they can afford to. Some 3.50 lakh Hindus had lost their lives for the cause of the Ram Mandir, he said.

“There is no protection to Hindu temples, idols, and chariots in Andhra Pradesh after Jaganmohan Reddy became the CM,” he alleged.