Is Trump a ‘chowdhary’ or ‘policeman’ of world? Owaisi asks PM Modi

On Monday, Modi had a telephonic conversation with Trump to discuss bilateral and regional matters which lasted 30 minutes. 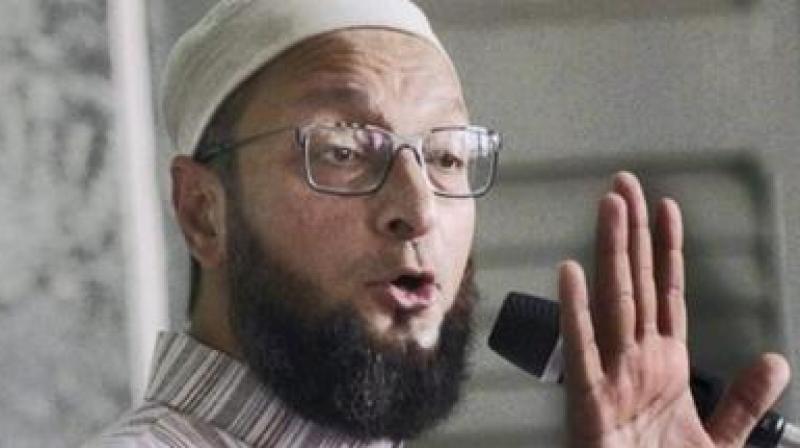 'Then what was the need for Prime Minister Modi to call US President Donald Trump and complain about it?' he asked.(Photo: File)

Hyderabad: AIMIM chief Asaduddin Owaisi on Tuesday raised a question over the need to engage with US President Donald Trump on Kashmir, when the issue is to be resolved bilaterally by India and Pakistan.

Owaisi’s comments came after PM Modi spoke to the US President over the telephone on Monday to discuss the regional developments after India abrogated Article 370 that granted special status to Jammu and Kashmir.

Expressing his disappointment over Modi and Trump’s 30-minute long telephonic conversation, Owaisi told ANI that the Prime Minister has affirmed US President’s earlier claim of being asked to be a “mediator in Kashmir issue”.

“I am both surprised and deeply pained by Prime Minister Modi talking to Trump on phone and discussing the issue which is a bilateral one. This step by Modi has affirmed what Trump has claimed earlier as ‘he was asked to be a mediator’. This is a bilateral issue and no third party is allowed to intervene,” Owaisi said.

Annoyed with this development, he asked whether Trump is a “policeman” of the whole world or some “chowdhary” (strongman).

“Since the very beginning, we have been saying that Kashmir is a bilateral issue. India has a very consistent stand on this. Then what was the need for Prime Minister Modi to call US President Donald Trump and complain about it?” he asked.

“Our Prime Minister complaint to Trump over the phone. Who is Trump for us? Is he is a policeman of the whole world or is some ‘chowdhary’ (strongman),” he asked.

Modi and Trump on Monday had a telephonic conversation in which both the world leaders discussed regional developments while stressing on the urgency to reduce tensions in Jammu and Kashmir.

The development came at a time of simmering tensions between India and Pakistan in the wake of New Delhi’s historic move to abrogate provisions of Article 370 that gave special status to Jammu and Kashmir and Pakistan’s subsequent attempts to internationalise the issue.

The White House, in a statement, said that the two leaders discussed regional developments involving Washington and New Delhi and how the two nations might strengthen economic ties.

“The President conveyed the importance of reducing tensions between India and Pakistan and maintaining peace in the region,” the statement read.

Notably, Trump and Pakistan Prime Minister Imran Khan had a phone conversation last week in which the US President told him to resolve the Kashmir issue with India bilaterally.