India   All India  22 Jan 2022  EC holds virtual meets to decide on whether ban on physical rallies should continue
India, All India

EC is holding the meets to seek inputs from the Health Ministry, experts, the five poll-bound states and their chief electoral officers 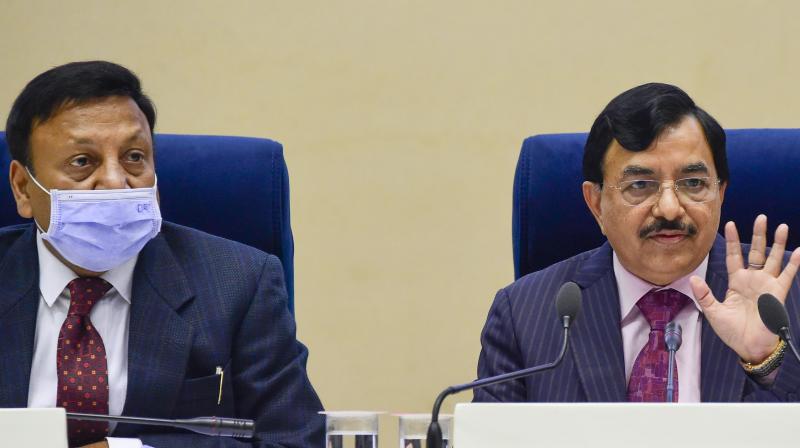 New Delhi: The Election Commission is holding a series of virtual meets on Saturday to decide whether the ban imposed by it on physical rallies and roadshows to prevent the spread of coronavirus should continue.

Announcing dates for elections in Uttar Pradesh, Uttarakhand, Goa, Punjab and Manipur on January 8, the poll panel had announced a ban on physical rallies, road and bike shows, and similar campaigning events till January 15.

On January 15, the commission extended the ban until January 22.

It had, however, granted a relaxation for political parties to hold indoor meetings of maximum 300 people or 50 per cent of the capacity of the hall.

The poll panel is holding the virtual meets to seek inputs from the Union Health Ministry, experts, the five poll-bound states and respective state chief electoral officers to arrive at a decision, official sources said.