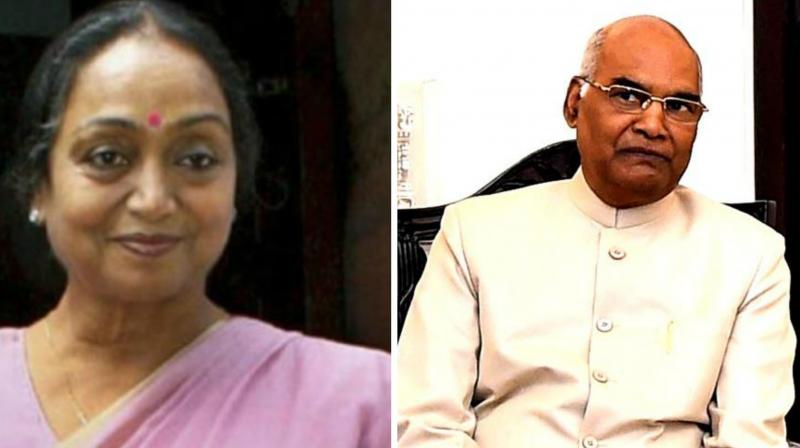 The decision was taken on Thursday at the Opposition parties meet headed by Congress president Sonia Gandhi in New Delhi.

The meeting was attended by all 17 political parties who have unanimously proposed the name of Meira Kumar as their candidate, Congress leader Ghulam Nabi Azad said.

Notably, both NDA and the Opposition have fielded Dalit candidate for the top most post of the Indian constitution.

Speaking to media after the meeting, Sonia Gandhi appealed to all other opposition parties to support them.

Read: Prez polls: Lalu Yadav says ‘Will meet Nitish, ask him not to back

He said, “Will meet him (Nitish Kumar) tomorrow. Ask him to think, should not do a historical mistake, your decision is wrong.”

Lalu Yadav further said that his party would not break alliance with JD(U) in Bihar.

Bahujan Samajwadi Party also extended its support to Meira as their Presidential candidate. BSP leader Satish Mishra said, “Chief Mayawati gave her consent for the name which came in the opposition meet.”

NDA, earlier this week, had nominated former Bihar Governor and Dalit leader Ram Nath Kovind as their Presidential candidate. Kovind’s Dalit background had made him a candidate that political parties cannot afford to reject, even more so with his added credentials of being a crusader for the Scheduled castes and OBCs.

The election for the next President of India is to be held on July 17 as President Pranab Mukherjee will demit the office on July 24.

The Election Commission of India (ECI) issued the notification in this regard and the process of the nomination has started that will continue till June 28.

She made her debut into politics in 1985 and was elected from Bijnor in Uttar Pradesh, defeating political heavyweights like Ram Vilas Paswan and Mayawati, two powerful Dalit leaders.

Kumar was elected unopposed as the first woman Speaker of Lok Sabha and served from 2009 to 2014.

She served as a Cabinet Minister in the Ministry of Social Justice and Empowerment of Manmohan Singh's Congress led Government from 2004–2009.