Twenty-nine children, including 14 girls, were awarded in six fields 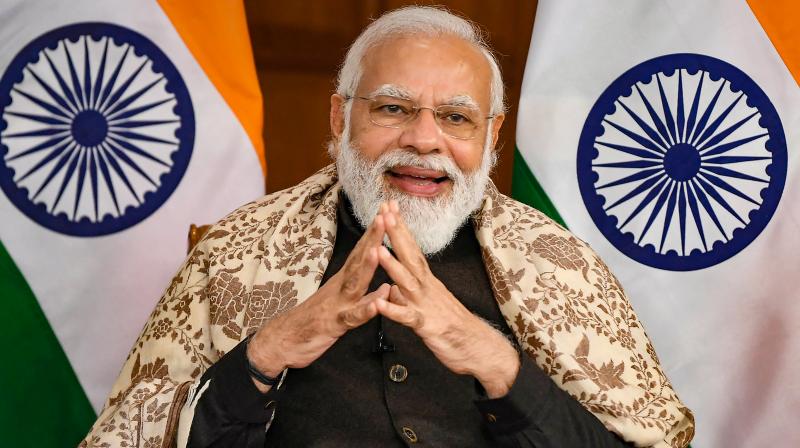 New Delhi: Prime Minister Narendra Modi urged youngsters to support the ‘vocal for local’ campaign by eschewing foreign products, just as they had taken forward the cleanliness campaign. He said the youth were at the centre of all policies being framed by his government.

During an online interaction with the recipients of the Pradhan Mantri Rashtriya Bal Puraskar, Modi briefed them on the unveiling of the hologram statue of freedom fighter Netaji Subhas Chandra Bose at the India Gate and said the “biggest inspiration we get from Netaji is duty and nation first”.

“Taking inspiration from Netaji, you have to proceed on your path of duty for the country,” he said.

Twenty-nine children, including 14 girls, were awarded in six fields of innovation, scholastic achievements, sports, arts and culture, social service and bravery. The recipients were awarded certificates digitally using blockchain technology. Each child was also given a medal and a cash prize of Rs 1 lakh.

“Just like you came forward for the cleanliness campaign, you should also come forward for the Vocal for Local campaign. You count at home, make a list of the products that are not made in India, and urge the people of the house that when a similar product is bought in the future, it should be made in India," the Prime Minister told the children.