India   All India  26 Dec 2017  UP: 32 patients undergo eye surgery in torchlight for lack of power
India, All India

UP: 32 patients undergo eye surgery in torchlight for lack of power

Relatives of patients complained that they were not provided with any beds and were made to lie down on floors despite extreme cold. 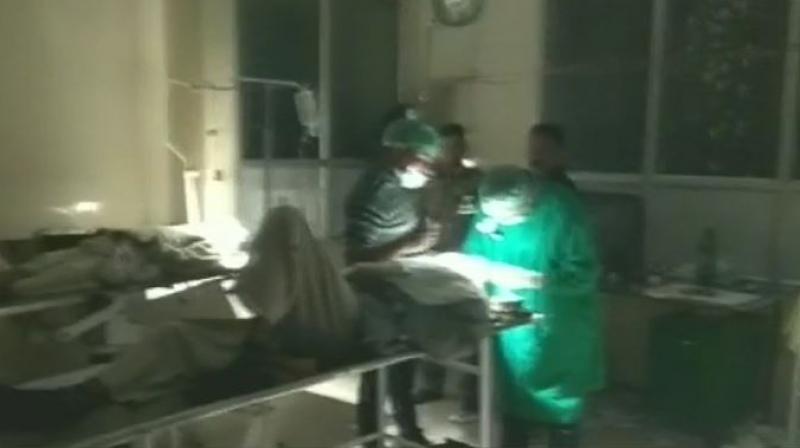 Unnao: The district administration on Tuesday suspended the chief medical officer after reports surfaced that 32 cataract patients were operated upon in torch light for want of steady electricity supply at a state-run facility in Unnao.

He said the in-charge of the community health centre (CHC) at Nawabganj has also been removed.

A report has been sought by the state health department regarding the entire episode.

According to the visuals that went viral on social media, 32 cataract operations were done at the CHC in Nawabganj on monday in torch light as there was no electricity or power back-up there.

The CMO earlier said the acting district magistrate has ordered a probe into the matter and the organisation entrusted with the task could be blacklisted, if found guilty.

Meanwhile, some relatives of the patients complained that they were not provided with any beds after the procedure, and that they were made to lie down on floors despite extreme cold weather conditions.

Uttar Pradesh has attracted bad press for a series of 'medical disasters' in the recent past, with the death of more than 60 children, mostly infants, at a government hospital in Gorakhpur being the latest case in point.

A hospital in Farukhabad recorded 49 deaths -- 30 in neo-natal ICU and 19 during delivery -- between July 20 and August 21 this year, reportedly due to a lack of oxygen supply.