The carcasses of 7 pachyderms, including a tusker and 5 females, were spotted by villagers who informed forest officials. 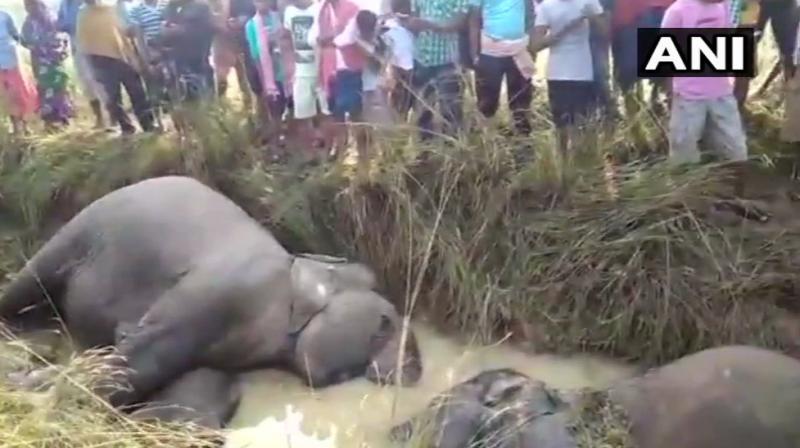 A herd of 13 jumbos was passing through the village in Sadar Forest Range and seven of them came in contact with an 11-KV line. (Photo: ANI/Twitter)

Dhenkanal: Seven elephants were electrocuted after coming in contact with a live wire near Kamalanga village in Dhenkanal district Saturday, forest officials said.

A herd of 13 jumbos was passing through the village in Sadar Forest Range and seven of them came in contact with an 11-KV line, Assistant Conservator of Forest (ACF) Jitendranath Das said.

The carcasses of seven pachyderms, including a tusker and five females, were spotted in the morning by villagers who informed forest officials.

The mishap happened apparently because of sagging electric wire, he said. While three carcasses were lying on a road, four others were inside a canal. The incident took place when the herd was moving toward a canal road from a nearby paddy field.

Senior forest officials including Divisional Forest Officer of Dhenkanal Sudarsan Patra and ACF Das rushed to the spot and arrangements were made for shifting the carcasses, said an official.

Another official said the forest department had told the energy department to direct the agency concerned to ensure that the electric wire was at a height of 17-18 feet above the ground.