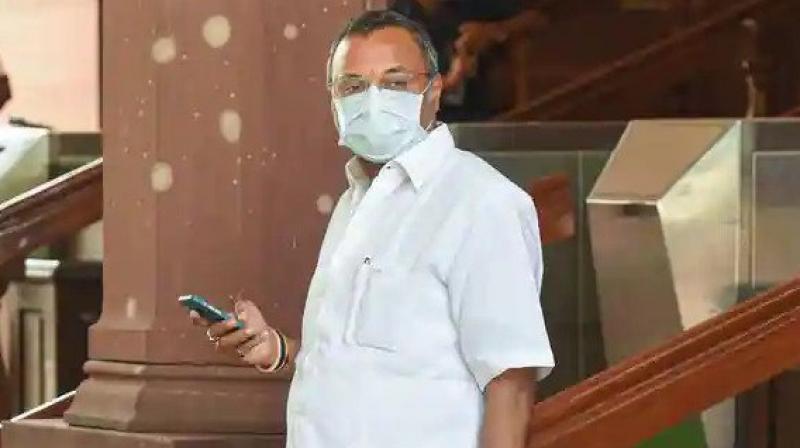 New Delhi: The ED has registered a money laundering case against Congress MP Karti Chidambaram and others in the alleged scam pertaining to the issuance of visa to 263 Chinese nationals in 2011 when his father P Chidambaram was the home minister, officials said on Wednesday.

The federal agency has filed its case under the criminal sections of the Prevention of Money Laundering Act (PMLA) taking cognisance of a recent first information report by the CBI in the same case, they said.

The case pertains to allegations of Rs 50 lakh being paid as bribe to Karti and his close associate S Bhaskararaman by a top executive of Vedanta group company Talwandi Sabo Power Ltd. (TSPL), which was setting a power plant in Punjab, the Central Bureau of Investigation (CBI) FIR had said.

The Enforcement Directorate (ED) will probe the possible "proceeds of crime" that could have been generated due to the alleged illegal activity, they said.

The accused will be questioned as part of the investigation, they said.

Karti Chidambaram has denied all allegations and said "if this is not harassment, not a witch hunt, then what is."