India   Politics  01 May 2017  Sonia's organisational reshuffle, a message to all in Congress
India, Politics

Sonia's organisational reshuffle, a message to all in Congress 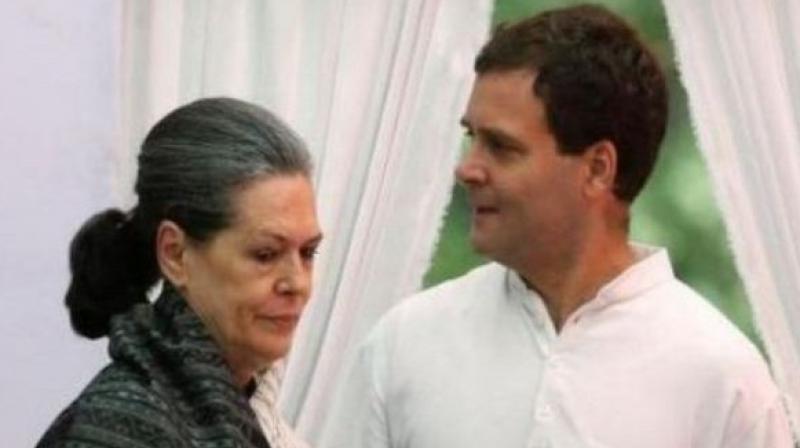 It is learnt that Sonia has asked Rahul to focus on strengthening the party in the states. (Photo: ANI)

New Delhi: The preliminary organisational reshuffle in the Congress party over the weekend has sent out a clear signal that hibernating party president Sonia Gandhi has again opted to assume the 'captaincy' and act as a balancing point between son Rahul and the party's old guard.

Sources have revealed that Sonia will 'actively' be involved in national politics and All India Congress Committee (AICC) affairs, while Rahul will be asked to focus on strengthening the party in the states.

Receeding to the backstage after Rahul Gandhi was made party vice-president at the AICC session in Jaipur, Rajasthan, in 2013 with the idea and hope that the over century old party would undergo an overhaul under his nascent leadership, Sonia Gandhi has experienced a reality check of sorts in the last four years through the poor or less than satisfactory electoral results in various states and the 2014 general elections that delivered a unanimous majority vote for the BJP and its leader, Narendra Modi.

The latest shock for the Congress was the dismal showing in the Municipal Corporation of Delhi ( MCD) polls, which delivered a massive mandate for the BJP for a third consecutive term.

Political analysts say that 'the repeated failures of Rahul Gandhi and Congress' nose-diving political graph didn't leave any room for Sonia Gandhi to remain in self-imposed political hibernation. Her active participation in party affairs was also badly needed to quell an 'under-reported' face off between Team Rahul and the old guard, which was one of the reasons for the Congress' poor poll performance."

Saturday's reshuffle sends out a clear signal within the party that Sonia will not tolerate non-performance, will not give the old guard complete freedom, and is sending out a message to members of Team Rahul to revert to being 'students', not over ambitious and eager to completely corner the party's old guard.

Demoting AICC General Secretaries Digvijay Singh and Madhusudan Mistry shows Sonia wants results, not non-performance. Digvijay Singh, who was being termed as Rahul's political mentor, has paid the price for failing to form a Congress government in Goa despite it having more MLAs than the BJP.

AICC General Secretary A Chella Kumar has been made in charge of Goa in place of Digvijay Singh. Rahul loyalist K C Venugopal has replaced Digvijay as in-charge of poll bound Karnataka.

Madhusudan Mistry, once a Rahul confidante, has been relieved as AICC general secretary and made a member of the AICC's Central Election Authority for holding the organisational polls later this year.

Sonia's decision to attach secretaries with the state in-charges is like killing two birds with an arrow: while on one hand, old and experienced in-charges of states will not have an open playground; on the other hand, young Turks will be made to learn nuances of the politics from the party's seasoned politicos.

It is learnt that Sonia has asked Rahul to focus on strengthening the party in the states.

Pradesh Congress Committees (PCCs) will also be revived and wherein the PCC presidents are also part of governments will be relieved from the organizational responsibilities.

Over a dozen PCCs of states like Karnataka, Madhya Pradesh, Bihar, Haryana, Punjab, Maharashtra and Kerala will be reconstructed.

"Madhya Pradesh Congress Committee President Arun Yadav is likely to be replaced as the local leaders have upped ante against him. Kerala will soon have a full-fledged PCC President. Bihar PCC President Ashok Choudhary will also be replaced as he is also a minister in Bihar government," said a reliable source, adding that "Punjab PCC will also have a new president as currently the Chief Minister Captain Amarinder Singh is also heading party's state unit."

However, it will be interesting to watch that how many Congress leaders will 'digest' a disciplined and organised AICC. It is notable that miffed Gurudas Kamat resigned from all party posts after he was replaced by former Rajasthan Chief Minister Ashok Gehlot as general secretary in-charge for Gujarat.