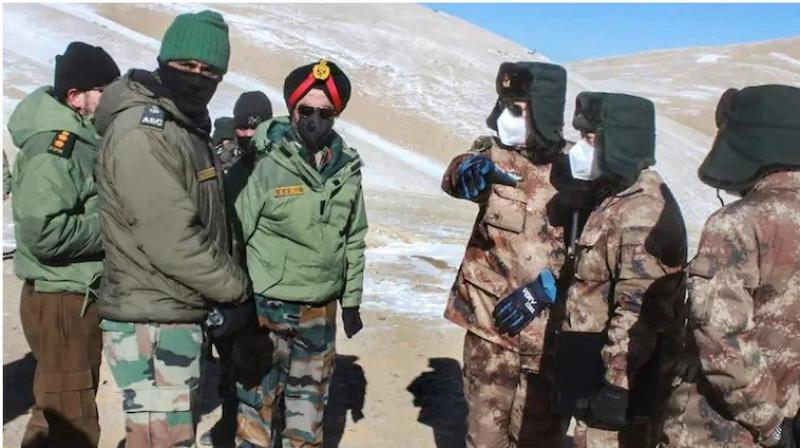 This is the second hotline in the Sikkim sector with the Chinese Army. (Representational image: PTI)

New Delhi: In a fresh confidence-building measure, a hotline was established on Sunday between the Indian Army at Kongra La, North Sikkim, and China’s People’s Liberation Army at Khamba Dzong in the Tibetan Autonomous Region to further the spirit of trust and cordial relations along the Line of Actual Control, the de facto border between the two countries. This comes even as Indian and Chinese troops are engaged in a year-long military standoff in eastern Ladakh.

The event coincided with PLA Day on August 1, 2021. This is the second hotline in the Sikkim sector with the Chinese Army.

Indian troops and the PLA have frequently clashed in the Sikkim region. This hotline is expected to control things locally in case of a clash and to prevent further flareups in case of a more serious confrontation.

Indian and Chinese troops had in January clashed at Naku La in north Sikkim when a PLA patrol had tried to enter Indian territory and was forced back. Both sides had brought in reinforcements after a “brawl” and the situation had been brought under control by local commanders. Last year in May too, Indian and Chinese troops had clashed in Sikkim along with Pangong Tso in Ladakh.

Indian and Chinese local commanders have also two hotlines each in the Ladakh and Arunachal Pradesh sectors.

There is already a hotline in place between the DGMOs of India and Pakistan.

The hotline was between the local commanders in Sikkim was made operational as the Indian and Chinese corps commanders held their 12th round of talks all through Saturday to negotiate a further disengagement in the Ladakh sector. There are some indications that India and China are likely to reach an agreement on disengagement in Gogra and Hot Springs in eastern Ladakh. A formal statement on the outcome of the corps commanders’ meeting is expected either on Monday or Tuesday.

“The armed forces of the two countries have well established mechanisms for communication at the ground commanders’ level,” the Indian Army said on Sunday. These hotlines in various sectors go a long way in enhancing the same and maintaining peace and tranquility at the border, it said.

“The inauguration was attended by the ground commanders of the two respective armies and a message of friendship and harmony was exchanged through the hotline,” the statement added.