n the last Assembly polls, the BJP had bagged 47 of the total 90 Assembly seats. 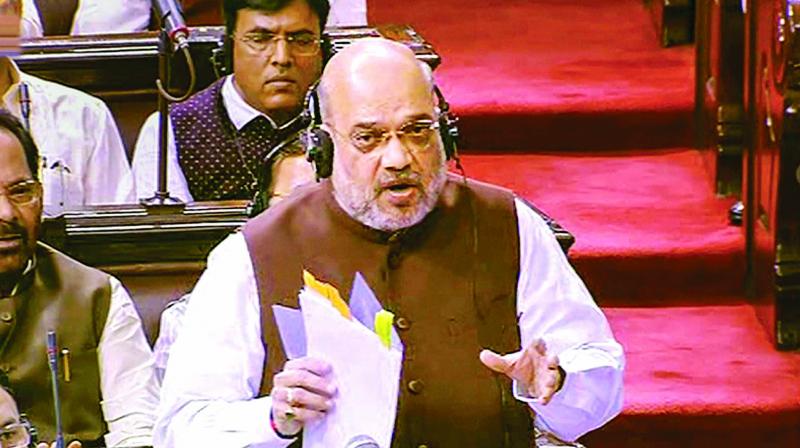 New Delhi: BJP national president and Union home minister Amit Shah will formally kick off his party’s election campaign in poll bound Haryana on August 16, a state where the party formed its first government in 2014. On August 18, Union defence minister Rajnath Singh is scheduled to flag off ‘’Jan Ashirwad Yatra,’’ which will go through each Assembly seat, drumming up support for the party. In the last Assembly polls, the BJP had bagged 47 of the total 90 Assembly seats.

In Haryana, where the party bagged all the 10 parliamentary seats in the recently concluded Lok Sabha polls, the BJP has given the poll slogan of “Abki baar 75 paar” in the 90-member Assembly. But, at a recent meeting of state leaders on poll preparedness, the BJP leadership suggested a new slogan “Sara ka saara 90 hamara.” While Mr Shah will address the rally in Zind, considered a strong hold of former Union minister and Rajya Sabha MP Chowdhary Birendra Singh, the ‘’Jan Ashirwad Yatra’’ will be launched from Kalka and will culminate on September 8 in Rohtak.

In Haryana, along with development and nationalism, the BJP will also highlight how the Manohar Lal Khattar led BJP government’s “one of the biggest achievements,” the improved sex ratio and how the state is the shining examples of PM Narendra Modi’s ‘’Beti Bachao, Beti Padao’’ campaign. As per the latest government data, sex ratio has improved from abmysal 832 girls for every 1000 boys in 2012 to 924 by December 2018. “People vote for a government for its work and every one knows that the government has given the most effective, trasparent, hardworking and sensitive government in the state. This is the reason the BJP will win again,” he said.