Sources said winning Raebareilly and Amethi Assembly segments have become a matter of prestige for the Congress. 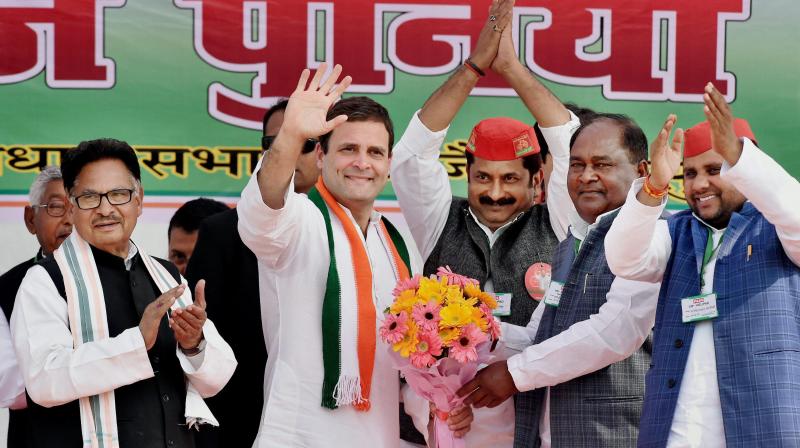 New Delhi: Congress vice-president Rahul Gandhi is now heading to his family bastion of Amethi and Raebareilly for the Assembly poll campaigning. Sources said he will hold two public meetings in Raebareilly, the parliamentary constituency of Congress president Sonia Gandhi on Friday.

They added that since the BJP is turning up the heat in these constituencies, the Gandhi will now focus on campaigning his home turf.

Meanwhile, BJP national president Amit Shah addressed a rally in Amethi on Thursday. Targeting the Nehru-Gandhi dynasty, he said, “For the past 50 years, only one family is running the affairs of Amethi. Even then, this place is languishing behind other districts in terms of development.”

Interestingly, Piranha Gandhi’s plan to campaign in these two constituencies has been delayed. She was supposed to go into campaign mode starting February 14.

Her final programme is currently being worked out, said sources. In the previous Assembly election in 2012, she actively campaigned in the Assembly segments of Amethi and Raebareilly. Congress president Sonia Gandhi may also make an appearance in Raebareilly, which has five Assembly constituencies that will go to poll in the fourth phase. Amethi, which also has five Assembly constituencies, will go to poll in the fifth phase.

Sources said winning Raebareilly and Amethi Assembly segments have become a matter of prestige for the Congress.

Piranha Gandhi campaigned tirelessly in the 2012 Assembly elections but the party could only win two seats.