Swami furnished details of the accounts and further claimed that Chidambaram had been influencing the FM to keep the matter under wraps. 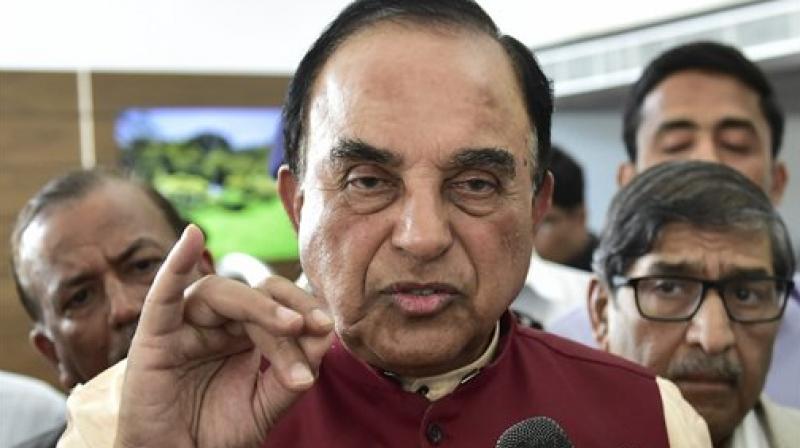 According to a report in Indian Express, Swamy has also accused the current Finance Ministry of not taking any action in the matter, despite being provided with the details of the foreign account. He has sought Prime Minister Narendra Modi’s intervention in the issue.

Swami furnished details of the accounts and further claimed that Chidambaram had been exerting pressure on the Finance Ministry to keep the matter under wraps.

“These foreign bank accounts were not declared to Income Tax authorities by Karti or his parent Indian companies. These accounts are at various foreign banks like Barclays Bank in Monaco, Metro Bank in UK, Standard Chartered Bank in Singapore, OCBC in Singapore, HSBC in UK, Deutsche Bank in France, UBS in Switzerland, Wells Fargo Bank in California etc,” Swamy said.

“It’s easy to find fault with the Prime Minister that he promised of bringing black money from abroad but co-operation of bureaucracy isn't there. It is clear that Congress's 65-70 year rule has placed so many of their people in the bureaucracy, that it is blocked,” he said.

Caught in the eye of the storm, Karti Chidambaram rubbished the allegation made by Swamy and claimed innocence.

“Some outrageous claims have been made about me. My filings are up to date and completely in compliance with regulatory/statutory requirements,” he tweeted.

“My companies have made all declarations as required by statutory requirements,” he said in another tweet.