The Union Cabinet approved the Bill to provide a legal framework to grant ownership rights to the people living in unauthorised colonies. 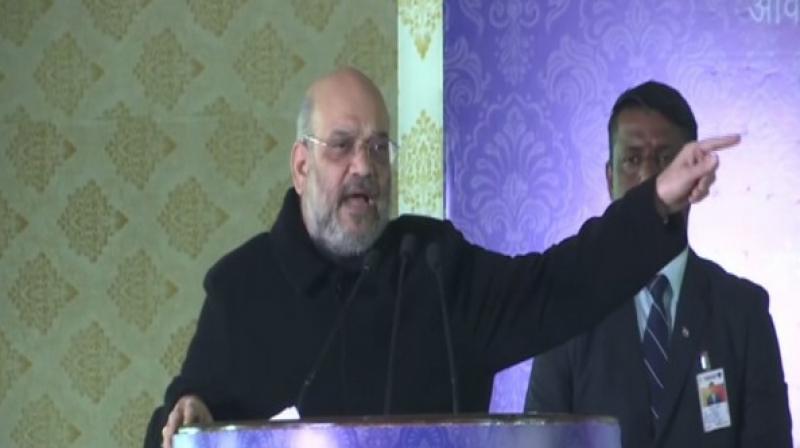 New Delhi: Union Home Minister Amit Shah on Thursday said that no previous government thought about the people living in unauthorised colonies of the national capital, who were given the ownership right of their lands only recently by the BJP led Central government.

"Prime Minister Narendra Modi removed the hurdle of 13 legal procedures by one Cabinet note and gave ownership right to 40 lakh people living in unauthorised colonies of the national capital," said Shah while addressing a gathering here.

The Union Cabinet last month approved the Bill to provide a legal framework to grant ownership rights to the people living in unauthorised colonies in the national capital.

"There are 1,731 unauthorised colonies in Delhi where over 40 lakh people are living. These people have been living here for several generations but no previous government thought about them or their welfare," said Shah.

The Union Home Minister said that Prime Minister Narendra Modi cares about those living in these areas.

"Prime Minister Modi said that a lot of poor people have been living in these areas for generations but cannot take loans or have the ownership of their properties, as these colonies are not authorised," said Shah.

The Home Minister also said that 4,526 houses will be provided to the poor people and 2,088 units have been provisioned for the people belonging to the economically weaker sections of the society in the city.

Accusing Delhi Chief Minister Arvind Kejriwal of stealing credit for the Central government's developmental works, Shah quipped that Kejriwal might try to take credit for this as well.

The National Capital Territory of Delhi (Recognition of Property Rights of Residents in Unauthorised Colonies) Bill, 2019, was passed by Parliament on December 4.

The new legislation regarding the regularisation of unauthorised colonies recognises and confers rights of ownership or transfer or mortgage to the residents of such colonies on the basis of power of attorney, agreement of sale, will, possession letter, and other documents.